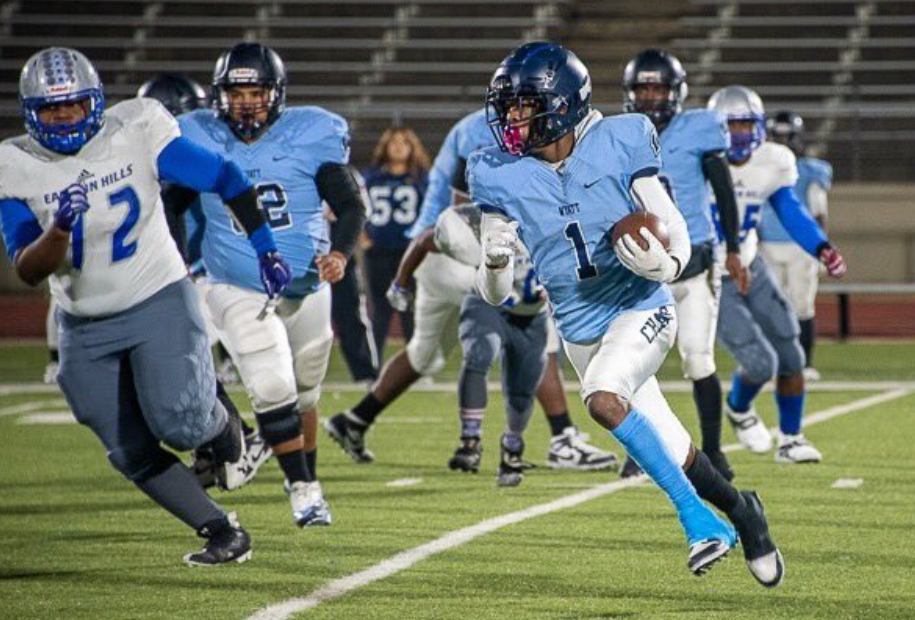 Yesterday was a huge day for Texas Football news. Not only has the UIL announced football for the fall but also, six Texans announced their commitments.

One of the later ones, Wyatt’s star cornerback, Damon Gentry Jr. Gentry announced via his twitter he would be going one state West to New Mexico to become a Lobo.

“The love that they have been showing everyone since day one is unreal feels like home,” he said.

Gentry is a 6’0 175-pound cornerback who’s a three-star commit via 247Sports. He ranks as the 205th cornerback in the nation and 339th player overall in Texas for the 2021 class. He chose New Mexico over Abilene Christian, Army, Illinois State, Navy, and UTSA.

“Me getting up every morning knowing I got to go get it, not sit back and wait for something to come,” Gentry said of his success.

Wyatt in 2019 finished 3-3 in district play which was enough to just get into the 5A D2 playoffs. Unfortunately, they fell to Cooper in bi-district play to close their season at 3-8.

Gentry though isn’t fazed by it. He expects big things in 2020 for Wyatt.

(the goal) Is to make history this year, to have a break out senior season,” he said.

Damon Gentry Jr. becomes the 17th hard commit for New Mexico’s 2021 class. Currently, they sit at number 69 nationally via 247Sports and number two in the Mountain-West.

“Fans should know I am going do whatever it takes for a conference title,” Gentry Jr. said.