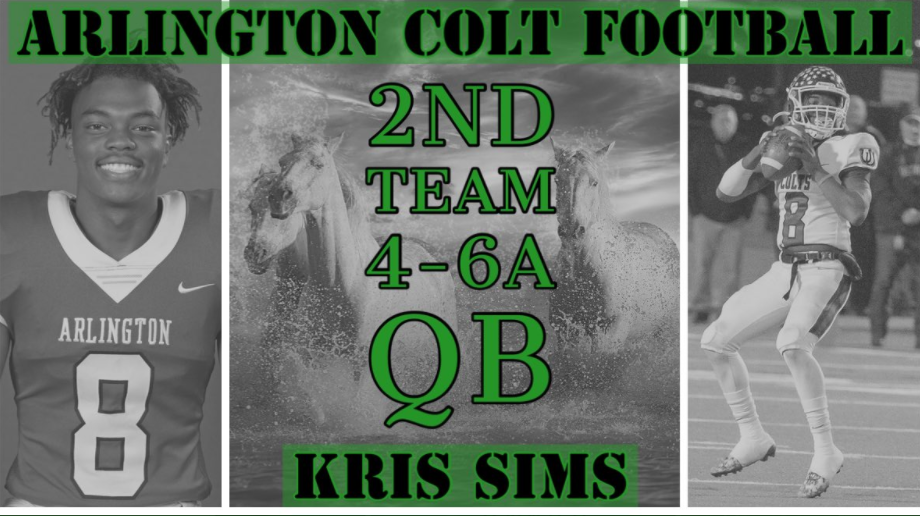 One team that has been on the rise the past few years is the Arlington Colts. After floating between 4-6 wins from 2013-2016, the Colts have had 30 wins in their last three seasons.

Last year, they snuck into the playoffs at 7-3 and finishing fourth in the district. They went a few games deep into the 6A D2 playoffs before ultimately falling to state runner-up Guyer in the third round.

One reason for any team’s turnaround is quarterback play. That was definitely the case recently as Kris Sims, not Chris Simms, has turned around Arlington.

“my work ethic, and leadership,” Sims said on his success.

Sims is the Dave Campbells Texas Football Preseason Offensive MVP for 2020. In a stacked district featuring the likes of Bowie, Grand Prairie, Lamar, Martin, Sam Houston, and South Grand Prairie, they believe Sims will rise to the occasion.

“Been slow with the pandemic but I don’t focus on that I know God has a plan!” Sims said.

Arlington is expected to do big things in 2020, even bigger than the  9-4 record they had last year. Sims looks to step up to the plate when it matters the most.

“The goal for me is to show I am one of the top quarterbacks in the state of Texas. The team goal is to make it past the third round they say it’s our curse but our senior class will take us as far as we want to go,” he said.

Sims is easily one if the most under-recruited and underappreciated guys in 6A football. A true dual-threat who can also stand back in the pocket and burn you with his arm. It’s a shame he hasn’t gotten more attention.

“The fans should know that they will get a show every game all gas no brakes,” he said.