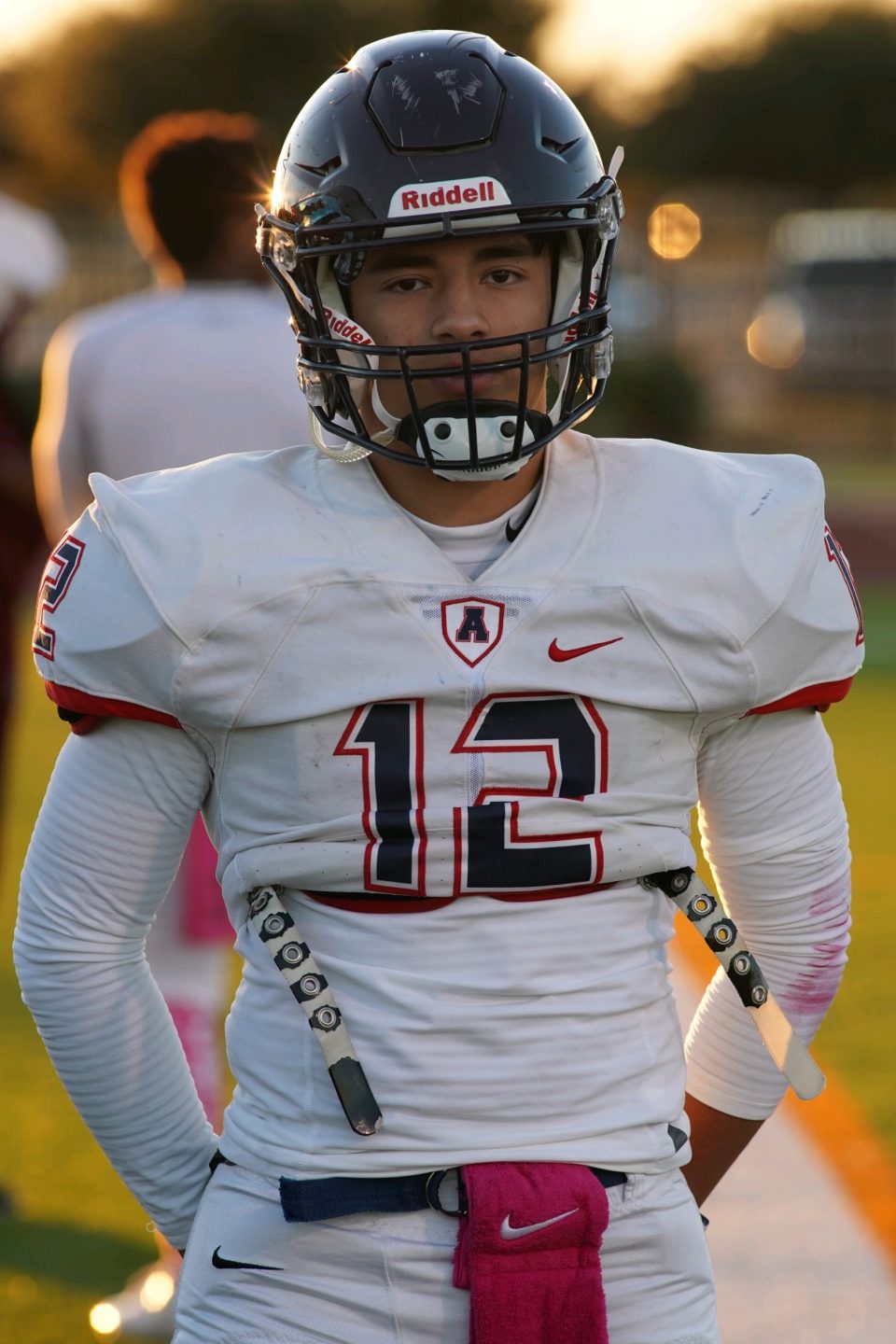 Allen last season had a disappointing year. They started 10-0 but fell to Rockwall in the area round to finish 11-1.

In 2020, all eyes will be Allen’s two new transfer quarterbacks. Parker Wells from Sachse and General Booty from California.

But, what about the future? Booty and Wells are both seniors with 2020 being their only year at Allen. Well, look no further than 2023 QB and baseball sensation, Lathan Van Ausdall.

Van Ausdall is not only a quarterback at Allen but also a shortstop for Allen baseball. Even more impressively, he’s already committed to play baseball at Oklahoma.

“ I love that they promote 2SportU in a positive way. It’s just the perfect fit for me. It’s about two hours away from Allen, so close to home.  Plenty of guys have come out of here that have gone to Oklahoma and came out of there successfully. I love the coaching staff. Their Assistant, Coach Clay Van Hook, and I just connected the first time we talked and that played a big part in my decision. Coach Kevin Murray said I’d be in good hands with their coaching staff and I’ve always trusted his word, so that also played a big part. He also said nothing but good stuff about Coach Skip Johnson,” Van Ausdall explained.”

Like Allen alumni, Kyler Murray, Van Ausdall as of now is on the shorter side for a quarterback. But, that doesn’t stop him from excelling as a part of Allen’s freshman blue team last season, he has an absolute rocket of an arm.

“Just getting to experience a whole lot of game scenarios and being able to handle that pressure and push from other levels of competition at two different sports,” Van Ausdall said. “Seeing Kyler Murray accomplish two sports at a high level motivates me to follow the path he paved as an Allen kid.”

Like Murray, Van Ausdall will be on the baseball diamond for the Sooners. He patiently waits to get his chance to be the starting quarterback for the dominant Allen Eagles.

Van Ausdall didn’t intend to commit so early, but once he got his dream offer he couldn’t pass it up.

“It’s really exciting. I didn’t expect to commit so early, but I was blessed to receive an offer from my number one school, so it all just came together,” Van Ausdall said.

Van Ausdall still has three more years at the prestigious Allen Eagles. He has one simple goal at the end of his Allen career.

“To walk out of Allen going to play Football and Baseball at the University of Oklahoma.”

“I’m a kid out of San Antonio. I moved five times in six years for my dad’s work. I always played the new kid in school and sports. Adapting to new environments is a strength of mine. I got the chance to compete in different states against a variety of athletes. I’ve been in a lot of different game scenarios. I believe this has made me the athlete I am today physically and mentally. I’ve been wanting to be a Sooner since I was six or seven years old. I appreciate all the love and support already from OU fans on Twitter. I am beyond blessed to have y’all,” Van Ausdall explained.