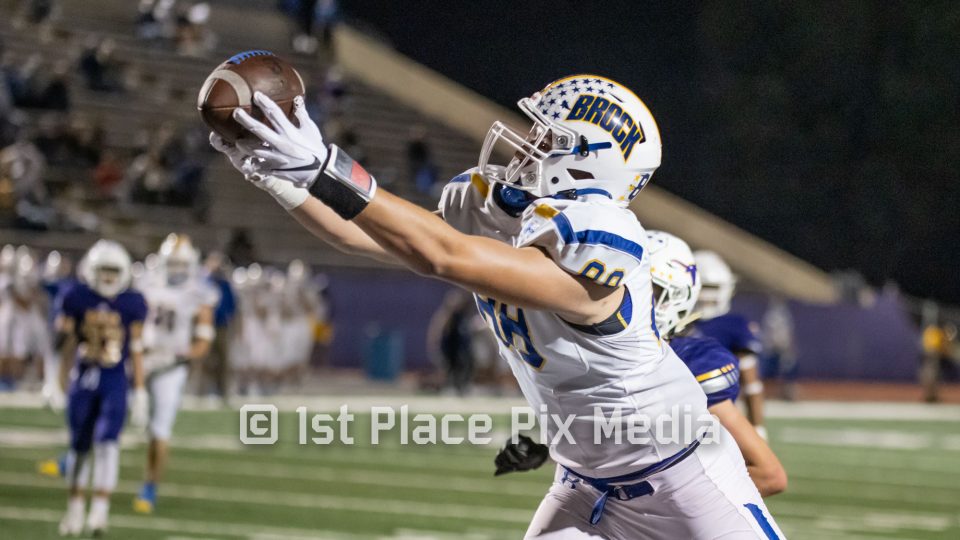 Cash Jones ran for two touchdowns and quarterback Jaxon Gleaton threw for two touchdowns to lead top-ranked Brock to a 42-7 victory over Early Thursday in a 3A Divison I playoff game at Tarleton State University’s Memorial Stadium.

The Eagles scored on their first four possessions to take a 28-0 lead and the Eagles never looked back. It was the 100th victory in Brock program history, which only started playing football less than 10 years ago. The Eagles have a 100-13 record in the history of the program.

Cash Jones scored on runs of 4 and 1 yards to end Brock’s first two possessions. Jones finished with 142 yards on 15 carries.

Brock’s third touchdown came on an 11-yard pass over the middle to tight end Nathan Jones from Gleaton. Gleaton also had a 12 yard TD pass to Stetson Hurlbert in the middle of the fourth quarter.

Brock’s quarterback finished the game by completing 9 of 11 passes for an even 100 yards and the two touchdowns.

Early avoided being shut out when John-Stewart Gordon made a diving 4-yard touchdown catch on a pass from Jaxyn Price with 3:40 left in the game.

Brock improves to 11-0 and moves on to play the winner of the Denver City vs. Littlefield bi-district game next week.