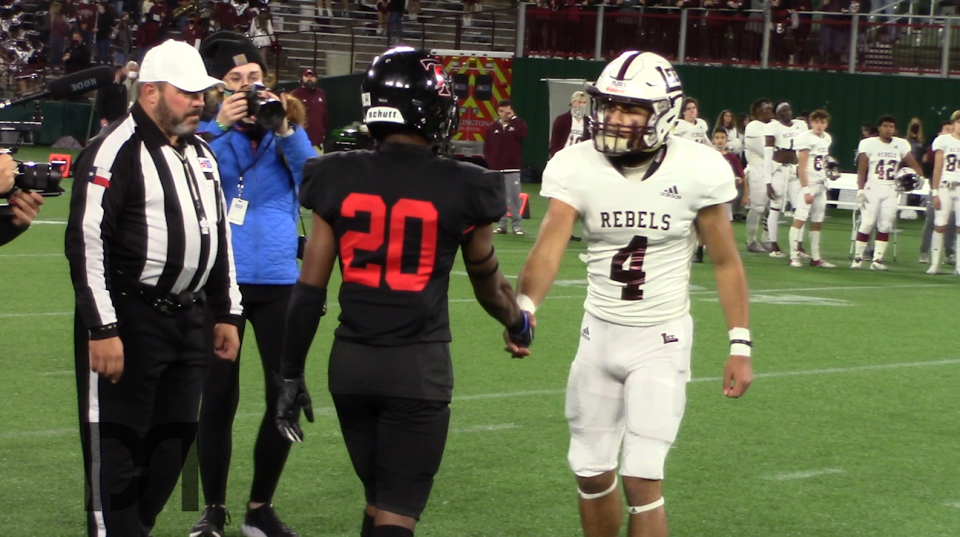 Gordon finished the game with 199 yards of offense, including three touchdowns in the ballgame.

Trinity scored 28 unanswered at one point in this game. When it seemed as though the game was falling out of reach for Trinity, quarterback Valentino Foni made sure to help keep his Trojans alive in the game, throwing a 66-yard touchdown pass to Pofele Ashlock right before the half to get Trinity within two touchdowns.

Another huge play in this game was Trinity defensive back Jacob Schaffer intercepting Midland Lee quarterback Mikey Serrano in the end zone, leaving the Rebels with no points on the board and giving Trinity the opportunity to tie the game.

Midland Lee running back Makhilyn Young tied the game late in the fourth quarter with an 88-yard kickoff return for a touchdown.

Serrano was the star of the night for Midland Lee, accounting for five touchdowns and 276 yards.