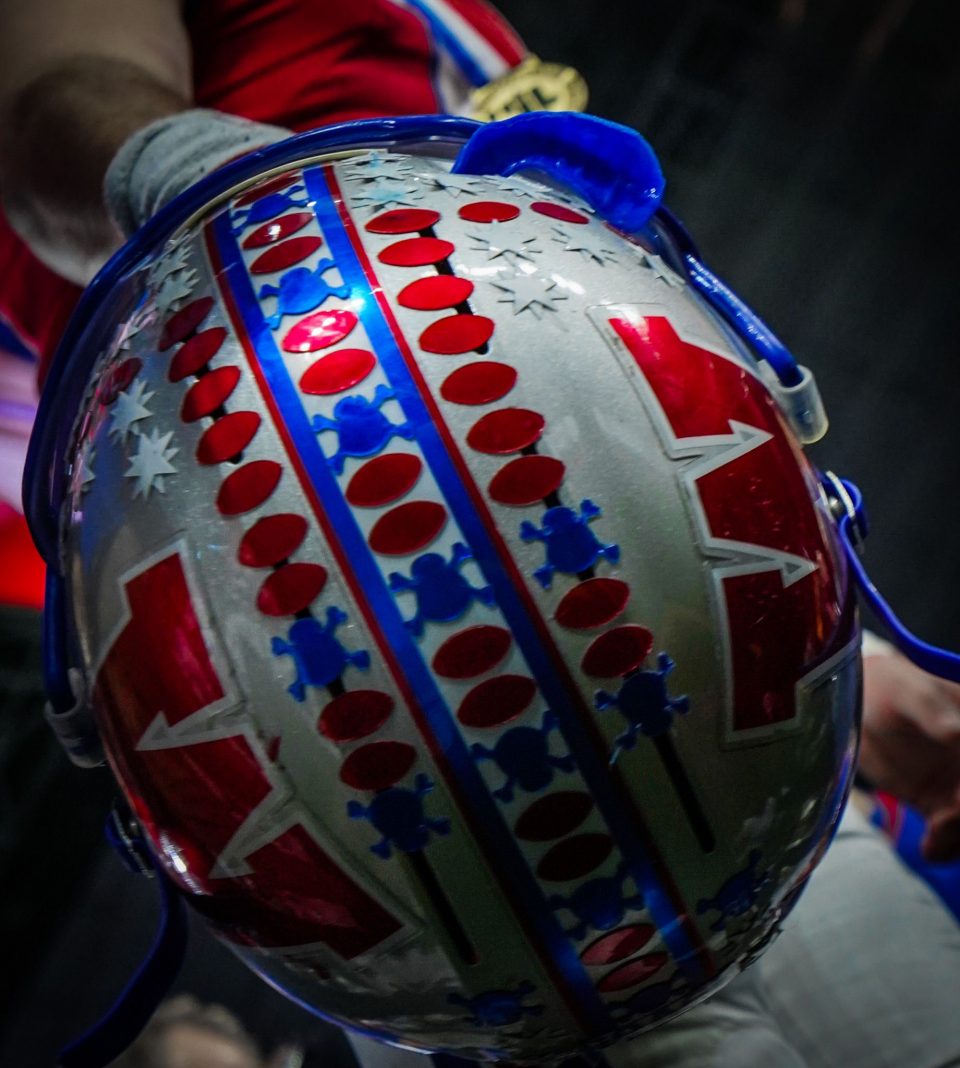 Westlake High School in Austin is a powerhouse when it comes to athletics. Since their inception in 1971, they’ve denominated most every sport to the tune of 42 state championships. 10 have come in boys golf including a threepeat from 2017-2019. Girls swimming owns seven state championships. They even have two in rugby.

One sport in which they’ve struggled in relation to other sports is football. Year in and year out they’ve always been elite but used to just own one state title in 1996. That changed this year when Westlake decimated Denton Guyer in the 6A D2 state title game inside AT&T Stadium 24-0.

Westlake was anchored by a team loaded with senior talent. Kirkland Michaux, the star quarterback, threw for 285 yards and three touchdowns in the big game. This capped off an incredible season in which he completed 70% of his passes for nearly 3,000 yards and 44 touchdowns.

One of the big reasons though that Westlake looks poised to make another run at a state championship? New quarterback, Cade Klubnik.

Klubnik is set to take the reigns for Westlake for the next two seasons. He saw limited action as a sophomore and finished his season with 680 yards on 77% completion for eight touchdowns to just one interception. Klubnik via 247Sports is a four-star prospect, the ninth-ranked pro-style quarterback for the 2022 class, and the 29th ranked player in the state of Texas. He will enter his junior year as the starter and already a state-champion.

Klubnik has already accumulated 13 offers from the likes of Auburn, Baylor, LSU, Ole Miss, and TCU among others. Expect that number to gradually increase throughout his junior year as the starter.

“It’s been a blessing receiving offers and has just shown me how much work really pays off. My whole life since I was like three, my dream has been to play college football one day, and now that that dream is coming into reality, it’s indescribable,” Klubnik said.

Westlake went 15-1 last season with their lone loss coming by one point to rival Lake Travis. Westlake got hotter than ever in the playoffs and didn’t look back.

From the beginning of the playoffs till the moment they were officially state champions, Westlake outscored their opponents by a score of 228-44. This included defeating Katy Taylor in the semifinals 63-3 and Guyer in the title game 24-0.

Klubnik believes that in 2020, they can do it all over again.

“I know every single one of my teammates has been busting their butts off since the moment we won state last year. We’ve got a chance to do something that Westlake has never done which is to go back to back and I believe we can,” Klubnik said. “We’ve got all the talent in the world on our team this year, whether it’s a stacked receiving squad, our star two running backs, or our amazing o-line. It’ll be so fun to play with and I know we are all so excited.”

If anyone can rally the troops and lead Westlake to another state championship, it’s Cade Klubnik. The reason for Klubnik’s success – “ I love the work.”

“I always loved competing for everything. Whether it was a football game or something small at home against my siblings, I’ve always had to win because if I don’t, then I’m mad and upset. So my drive to want to win doesn’t just happen in the games it happens at 5:15 in the morning,” Klubnik explained. “Getting work in before anyone in the country is up. It’s the grind that my team is going to beat the other because I know we have worked harder and watched more film than them. I just love the work. Always on the field throwing, I go throw every day, and sometimes I’ll be out there for like 4-5 hours and don’t even realize it. I just love it.”

Klubnik is set to be the man this upcoming season. He looks poised and as ready as ever to lead Westlake and bring them back to the promised land. Klubnik wants fans to know a few things about him and how important he takes being Westlake’s quarterback.

“Fans should know that I’m just always having fun on the field. I love the game and I love all my teammates. I know the gift the Lord has given me and I know the purpose for it. Growing up at Westlake, one of my dreams has always been to play in a game on Friday night with the stadium packed with that Red W on my helmet, and to be that little kid watching the older guys do it. That’s all I wanted to do. So when I stepped out for the first time this season, it just felt surreal.”

Tristan McClary is ready to take Texas by Storm

Dekaney’s Daelyn Williams looks to Continue his Success into 2020

Clemens vs Westlake | 2018 Bi-District Round Highlights