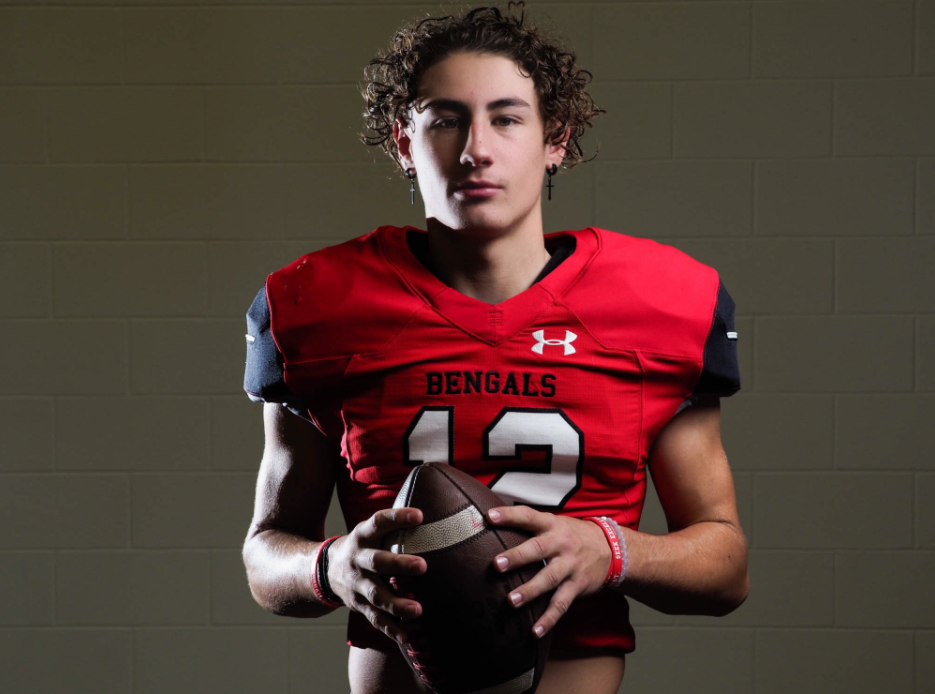 One of the most impressive stories in all of Texas football over the years is that of the Braswell Bengals. In their first three seasons, the Bengals had a measly 5-25 record. That’s all changed in recent years.

Last season, in a tough district Braswell finished with an impressive 8-2 record thus securing the school’s first playoff berth. How did they respond to this? By receiving their first playoff victory a week later against Corsicana. Braswell then met Red Oak at AT@T Stadium in round two, a team they beat in their first game of the season. This time around, Red Oak got the best of them. Even in a 35-30 loss, Braswell with their 9-3 season put Texas on notice, they were here to stay.

The only problem for Braswell was that in 2020 they were making the leap from 5A all the way to 6A. Not only that but now they would be in an even more brutal district. The Bengals would now have to compete against Allen, Guyer, Mckinney, and Prosper, four other 2019 playoff teams.

Braswell with their 4-3 start to the 2020 season is once again showing the state of Texas, they’re here to stay.

“Definitely, the speed of the game is much faster, the players a little bigger, and the hits a little harder. But I like it cause I like playing against the tougher completion knowing that it’s making me and my team that much better,” Braswell quarterback Tristan McClary said on the jump from 5A to 6A.

McClary in 2020 has been a huge reason for the success of the Bengals thus far. McClary in 2019 was used more like a gadget guy, but it worked. He ran the ball for over 100 yards with eight touchdowns and caught nine passes for another 153 yards with two more touchdowns. With the departure of senior quarterback Greyson Thompson however, McClary needed to step up into the QB1 role. So far, he’s succeeded with flying colors.

McClary is one of the top passers in all of the Dallas-Fort Worth area this season. The offense hasn’t dropped off in the slightest. He’s one of four 6A DFW area quarterbacks per the Dallas morning news to have at least 1,900 yards this season. Two of the others are Braedyn Locke, a bonafide three-star prospect with multiple division-one offers, and Garrett Nussmeier, a four-star LSU commit.

The Braswell signal-caller this season is throwing for 1,933 yards with 20 touchdowns to just four interceptions. He’s also run the ball for 400 yards and seven touchdowns. There’s no other way to put it, McClary is one of the most dominant forces in all of 6A.

“I think it is just that for a lot of us we have been together since youth football and we have been winning at every level since and we expect to win and we believe in each other and hold each accountable. When we do those things we are pretty hard to beat,” McClary said.

Braswell is putting up nearly 40 points a game on average. Even against Rockwall, one of the best teams in 6A, they put up 40 points and made it a competitive contest. Braswell however has stumbled a little bit into district play. They opened district play with a tough 30-point loss against Mckinney Boyd. They followed that up with a dominating win over Little Elm but stumbled again against a powerhouse in Denton Guyer.

Braswell now sits at 1-2 and in fifth place in the district. McClary though believes he can get his squad back on track.

“It would validate what we have believed all along that we are a good team and that what we’re building here is going to stay and become a power program,” he said.

In order to get things back on track and show that they are a power program, Braswell has to knock off Mckinney, a playoff team from a year ago, tonight. This is also an important game for Mckinney as they sit at 3-3 overall and 0-2 in their district. A loss to Braswell would almost certainly keep them out of playoff contention.

“The key is pretty simple as Coach Moore would say…take what the defense gives us and take advantage of the mismatches,” the Braswell star said. “I know we are ready and I’m looking forward to having a great game.”

This is a wildly important game for Braswell. A win here would push their record to 5-3 and thus back to .500 in the district. If I have Tristan McClary on my side I like my chances.

He’s not only one of the most underrated prospects in all of Texas, but simply put, one of the best. Pay attention to McClary before it’s too late.

“I am a fierce competitor and will always give you my best and leave it all out on the field.  I love the game and can’t imagine doing anything else in my life,” McClary said.

He and Braswell will leave it all out on the field tonight against Mckinney.