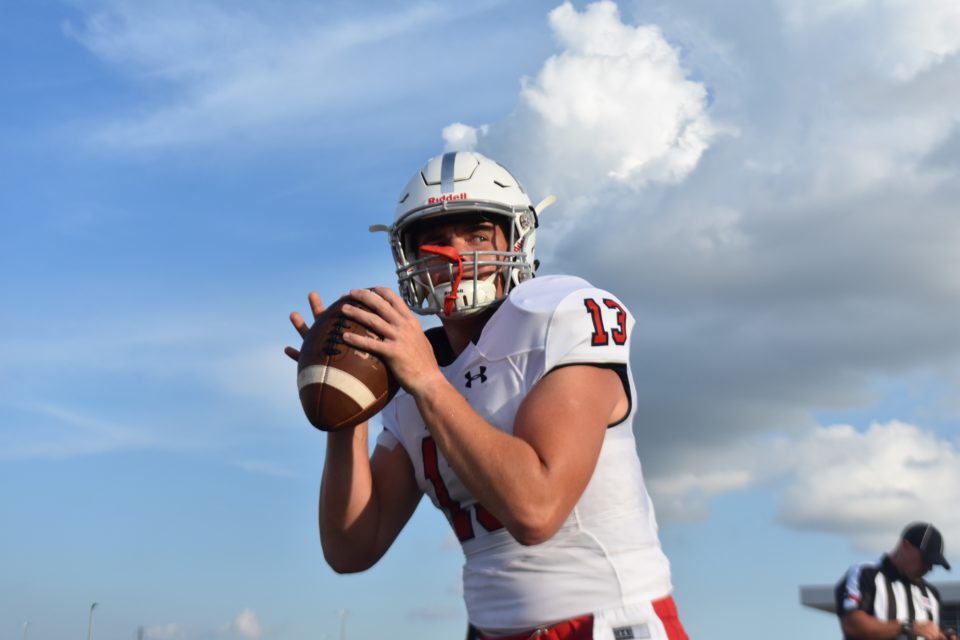 It’s finally here, a rematch of last years instant classic between the Marshall Buffaloes and the Manvel Mavericks. Both teams enter tonight’s game red hot with both teams going unbeaten in the first three weeks of the season. Unfortunately, one team will leave tonight’s game with a “one” in the loss column.

Manvel has been on fire as of late with their trademarked up-tempo “Manvel Fast” offense. Senior quarterback Tucker Yarbrough has some big shoes to fill due to Manvel’s long track record of great quarterbacks. Tucker has taken the pressure head-on and has been brilliant thus far in the season, throwing for 781 yards to go along with 13 touchdowns and only one interception. Junior Wide Receiver Jalen Walthall has started on a breakout season with 15 receptions, 243 yards, and five touchdowns. Senior star Receiver Jalen Paxton has also had a good start to the season, with 10 receptions 212 yards and three touchdowns. Manvel has also established a prominent run game with Senior Donovan Eaglin and Junior Jordon Vaughn leading the rush attack for the Mavs. Eaglin has been very good for the Mavs, rushing for 195 yards on just 26 attempts and averaging a staggering 7.6 yards per carry. The Maverick defense has been stellar three weeks in as well, forcing 10 turnovers over the three-game period. The Mavs defense has a goal of three turnovers forced per game and they have held true to that goal through three weeks.

The Manvel defense has a headache to cover, in Marshall senior Devon Achane. Devon set the state on fire last year with his insane displays of athleticism and speed. The question is not if the Mavs can stop Achane, rather contain him. The Buffs enter week 4 with wins over Eisenhower, Hightower, and Milby. Coming off of a state championship game appearance last year, Marshall will look to continue their success and get back to AT&T Stadium. To get past Manvel, Marshall needs to play fast and push the tempo to try and wear the Maverick defense out.

It will be a rematch for the ages and possibly the last time the Buffs and Mavs square off for quite some time. With redistricting looming in the near future, Manvel is almost surely set to move up to 5A division 1, which would mean a change in districts. If it is the last time that Manvel matches up with Marshall, then it only adds to the drama and emotion for tonight’s game.