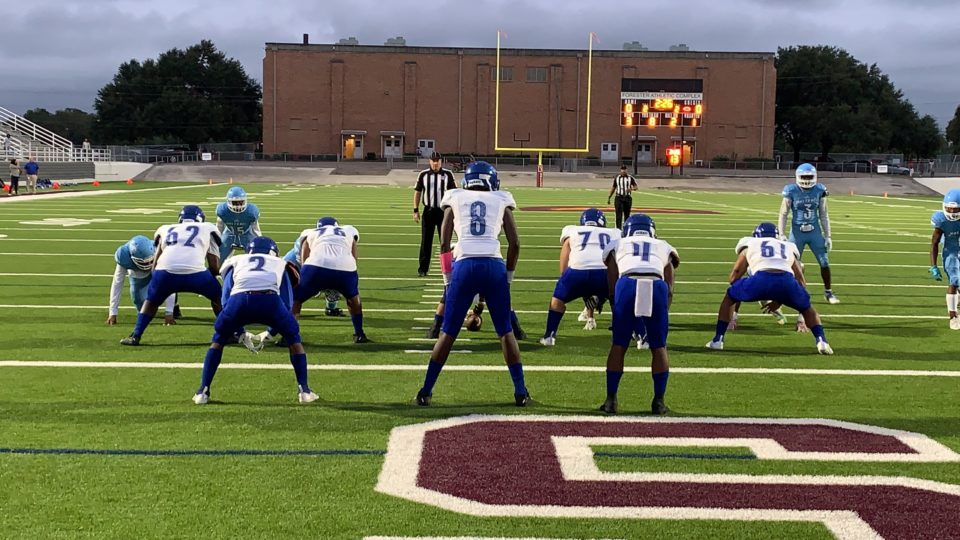 Wilmer-Hutchins defeated rival Dallas Roosevelt 37-3 in a game that saw the Eagles score in every facet of the game.

The Mustangs jumped out to a 3-0 lead in the first quarter courtesy of a Jesus Zamora field goal. But it was all Eagles once the second quarter started.

Wide receiver Bontay Duncan would put the Eagles on the board midway through the second quarter with a 2 yard run from the quarterback position. Davarion Gillespie, who started in place of Kyle Douglas Jr., would extend the Eagles’ lead to 14-3 with a 40 yard touchdown pass to Jalin Moore. After the Eagle defense forced a 3 and out, Alex Jones would make it 16-3 after tackling Zamora in the end zone for a safety. The Eagles would go into halftime with a 23-3 lead after Rodrick Tolbert returned the ensuing free kick for a touchdown.

Duncan would add another score in the third quarter on a quarterback sneak from the 1. Javon Jones would round out the scoring for the Eagles with a blocked punt return for a touchdown in the fourth quarter.

Senior linebacker Elzie Barnett Jr. and the Eagle defense played their best game of the season by holding the Mustang offense to less than 100 yards of total offense. A long punt return by Byron Owens into Eagle territory is what set the Mustangs up for their only points of the night.

“It is what it is! We back!”, were Barnett Jr.’s words in response to the Eagles being counted out.