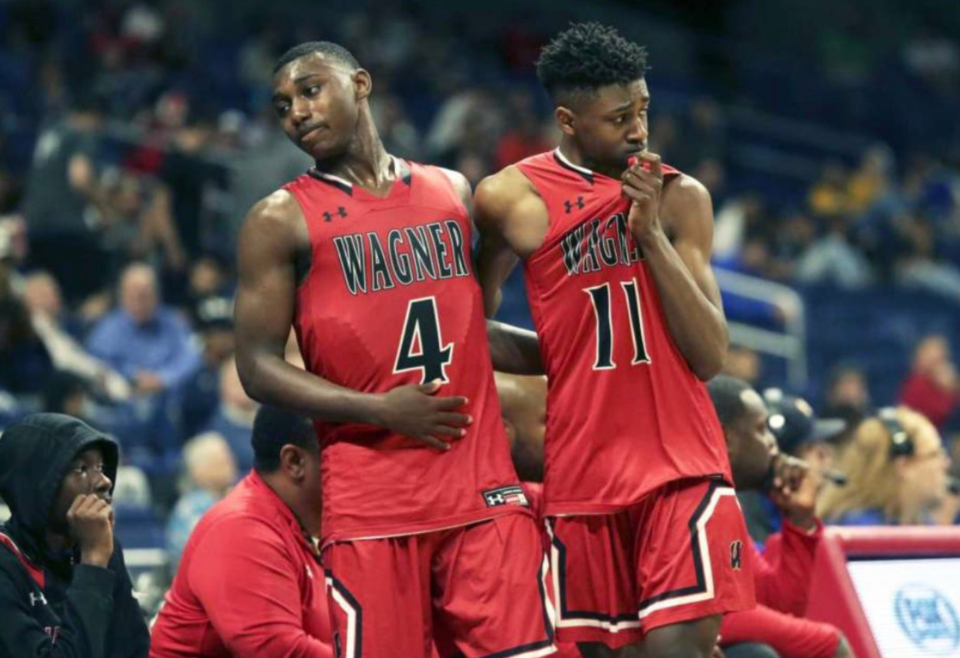 In the 2009-2010 season, the Wagner High School basketball team trotted out to the state semifinals with a 39-1 record and rostering future NBA players Jordan Clarkson and Andre Roberson. The result was a disappointing 87-78 loss to Lakeview Centennial.

Three of the past four years, Wagner has found themselves in the same position. In 2017 they got over that hurdle but ultimately fell short by six points in the championship game. Last year, the exact same result. This season, Wagner finds itself in the same position, the state semifinals and just two wins away from immortality.

“It’s going to come down to who wants it more and everybody from our team this year felt the pain of coming so close but losing,” junior Jasean Jackson said. “We have been waiting for this chance to come around again and I think we want this more than anybody in the state tournament and that’s gonna push us over the top.”

“We will have to listen to our coaches and play hard … win each possession win each quarter together as a team,” senior Braelon Seals added on what it’ll take to get over the hump.

Wagner sits at an impressive 35-5 on the 2019-2020 season. They find themselves in the Texas 5A state semifinals once again, this time against the dominant 29-8 Mansfield Timberview Wolves

Wagner as a team on average puts up more than 72 points a game whilst allowing just 50. Thus giving them an average point differential of +22 a game.

Wagner has really turned it on in the playoffs though as they’ve coasted to the state semifinals. Every game has been won by a margin in the double figures.

Wagner has been consistently excellent throughout this decade, but that title still eludes them.

“Our culture is family and defense,” Seals said. “We are known for the style of defense we play.”

“Our culture was built a long time ago by the guys that were here when the school first opened. We are built off of family and brotherhood where everybody loves everybody and we all want to see each other succeed,” Jackson said. “Our coaches love and support us on and off the court and they always put us in the best situations to be successful and help us grow as young men.”

Wagner has a trio of players who average upwards of 12 points a game. Journee Phillips, who was one of the top scorers for last year’s squad, leads the way with over 17 a game while also adding six rebounds a night.

He’s complemented by junior Jasean Jackson and senior Braelon Seals. Both of which average around 12.5 points a game with over two rebounds and three assists a night. Each also shoots above 35% from the three-point line.

“My family motivates because I see how much they invest in me and how much they want to see me succeed in life,” Seals said on his success.

“Countless hours in the gym working on my craft to become a better player. I was inspired to work so hard because of the people that I grew up watching work and paved the way for me like Jordan and Andre with how they inspired our generation coming from the east side of San Antonio living the dream of every kid,” Jackson said. “I want to be one of those special players to give back by inspiring the up and coming youth.”

Wagner has the players, coaching staff, and the culture to win it all. They just need to finally break through that proverbial glass ceiling to get it done. It all starts for the Thunderbirds Thursday, March 12th at 7:00 PM when they take on Mansfield Timberview for a shot at the title game once again.