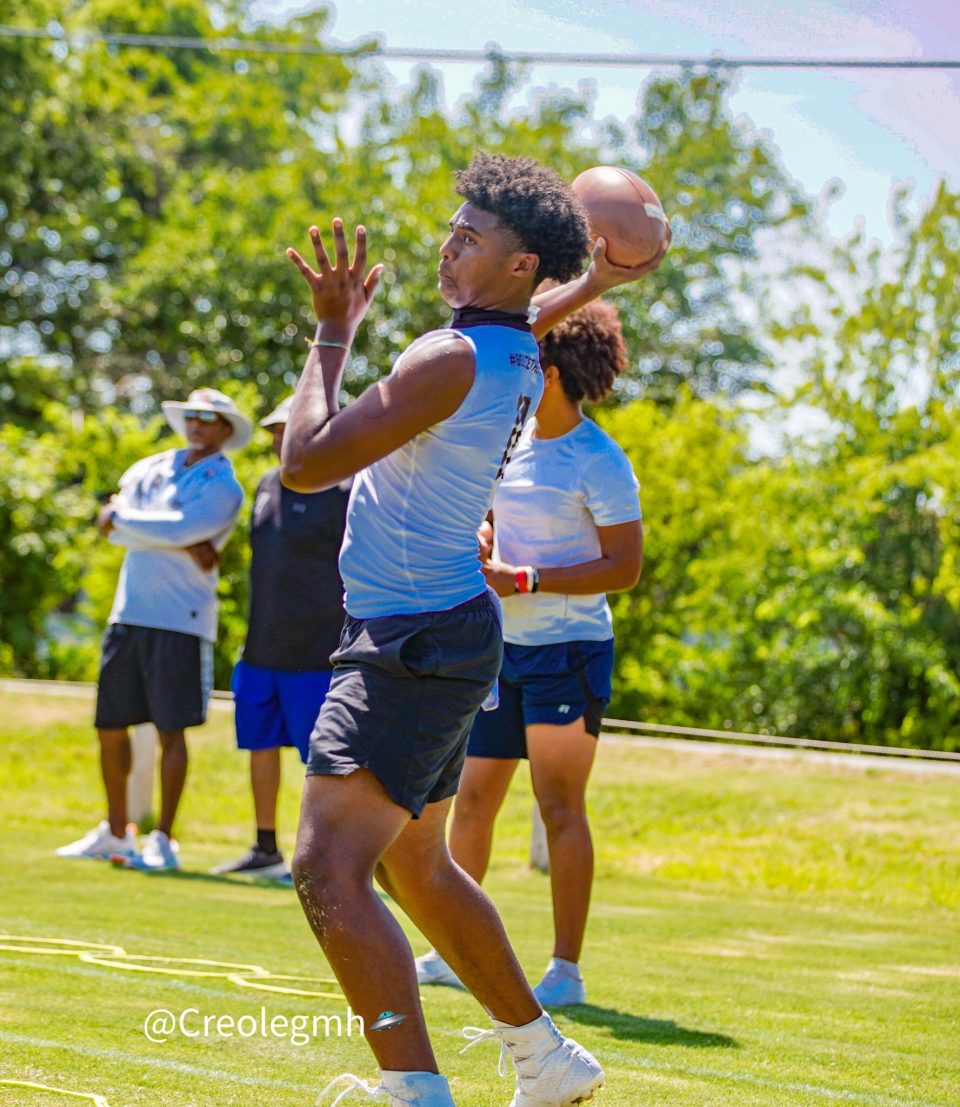 This weekend’s Bullitt Camp featured some of the best up and coming quarterbacks that the state of Texas has to offer. Elite 11 finalist and John Paul II star signal-caller Grayson James, won the quarterback MVP for the weekend.

Pebble Hills quarterback Kenneth Cooper Jr. was also there. Cooper Jr. to this point in his career has thrown one pass attempt at the varsity level. Cooper showed his ability throughout the weekend as he looks to be the junior starter for Pebble Hills in 2020.

“It was a really great experience being able to compete against some really good athletes,” Cooper said.

But, sometimes it isn’t just about football.

Kenneth Cooper Jr. back in mid-June was with his family at Galveston Beach. That’s when Cooper looked out into the ocean and saw a little six-year-old girl struggling for help. She was struggling to get back on her boogie board. Cooper looked around and noticed that no one noticed her as she appeared to start drowning.

That’s when Cooper sprang into action. The selfless 15-year-old hopped up, swam out to the little girl, and brought her back to the beach safely.

“What went through my mind was just trying to bring that little girl to safety and God put me there at the right place at the right time, so it was a blessing to be able to help her,” Cooper said.

Many, including myself, would call Cooper a hero for his actions. He however doesn’t see himself that way.

“Not a hero sir, God put me in the right place at the right time…Truly a blessing to be able to help her,” Cooper said.

All young men should look at Cooper as the model for how they should act on and off the field.

“Keeping my faith in God and working on my craft every day,” Cooper said on his success.

Pebble Hills last season made the playoffs for the third consecutive season. But, for the second consecutive, it’s a 5-6 record and a first-round loss in the 6A D2 playoffs. Cooper looks to be the man in 2020 to get them over that hump.

“Our goals this year are to go out compete at a very high level and win a lot of games,” he said.

Cooper is one of the most impressive athletes demonstrated by his ability on the field and his actions off the field. Regardless of what Pebble Hills does this year, they have an absolute winner in Kenneth Cooper Jr.

“What fans should know about me is that I am a follower of Christ. I love my family and the game of football and I love helping people and love to help people around me get better as well,” he said.

Beyond The Statz: feat. Donovan Green