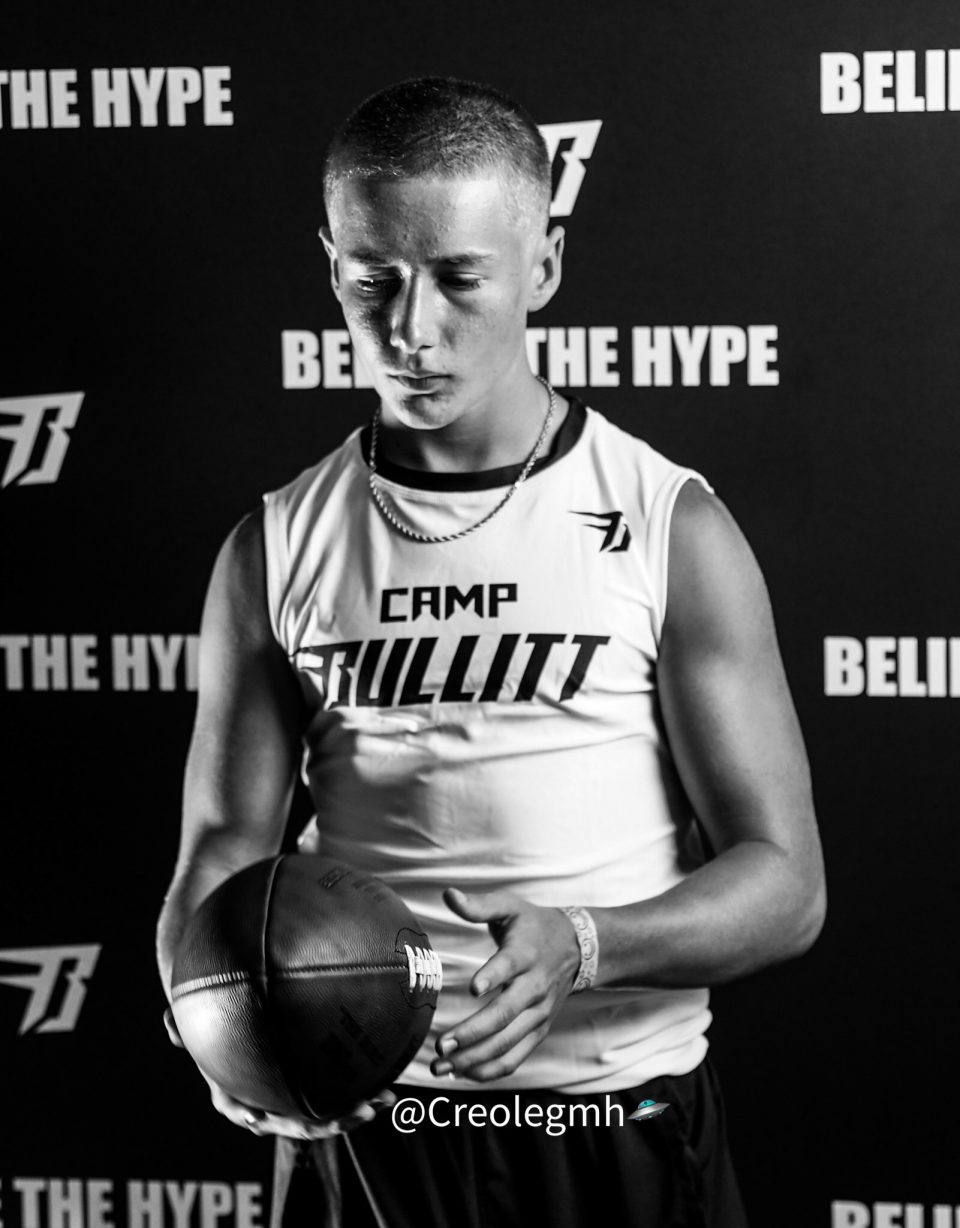 The wide receiver MVP though went to none of them. Instead, Bryan wide receiver Hunter Vivaldi snagged that honor, and he did it convincingly.

“Winning the wide receiver MVP was really exciting to me because it is just showing me that all my hard work is starting to pay off. When I went to the camp no one knew who I was then by the end of the camp they knew,” Vivaldi explained.

Vivaldi is so unknown that his height and weight aren’t even listed on 247Sports. With the state’s best wide receivers their Vivaldi showed that he undoubtedly belonged. He ran route after route after route against the top defensive backs and made them look silly all weekend.

“What leads to my success is just simply hard work,” Vivaldi said. You have to spend more hours in your cleats then in your tennis shoes and I’ve had to work harder than everyone my whole life.”

Vivaldi has been working hard this quarantine in preparation to showoff at these camps. Did it pay off or what?

Bryan last year went a disappointing 2-8. They finished second to last in the district. Bryan remains in 6A via the UIL realignment but moves districts entirely. Their new district features all-new opponents such as Belton, Copperas Cove, Killeen, Killeen Ellison, Harker Heights, Shoemaker, and Temple.

With the 2022 wide receiver expected to get much more playing time he hopes his team and him have an astounding year.

“This year as a team we plan on making it to playoffs. Last year was kind of a rough year but this year I know we can do it. Personally, just to help my team and be the leading receiver in the district,” Vivaldi said.

Hunter Vivaldi put himself on the map this weekend winning the wide receiver MVP at Camp Bullitt. He impressed everyone and made every defensive back he lined up against look ridiculous. Now, he looks to translate it all to the football field. Expect Hunter Vivaldi to do massive things for Bryan in 2020 and the future.

“I’m the hardest working kid you will meet. I’m really shifty and I love the game of football,” he said.