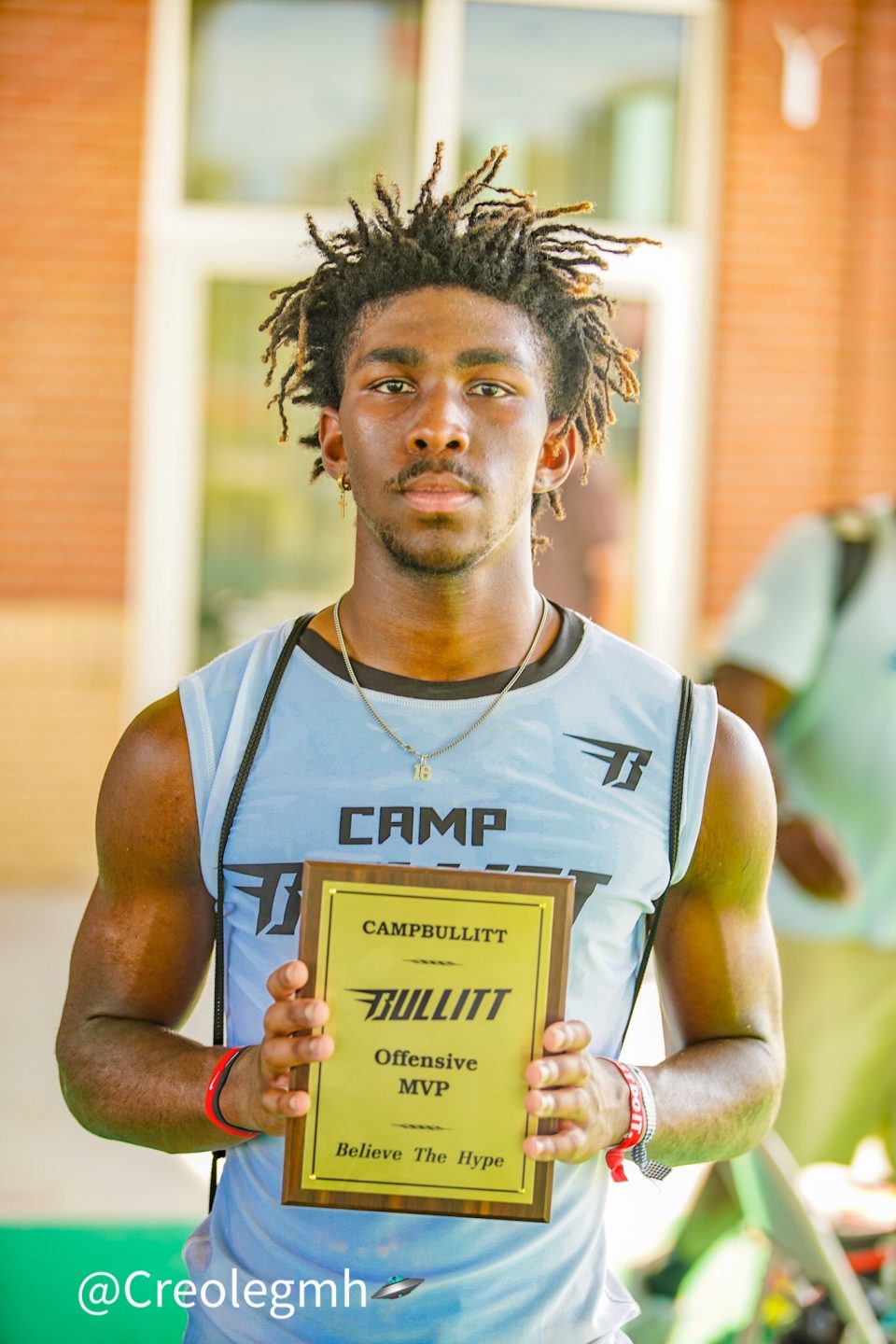 This past weekend was the first annual Camp Bullitt. The camp showcased some of the best talents in all of Texas across every position.

The lineup was a who’s who of big names in Texas High School Football. At the end of the event and MVP was picked for every position along with an overall offensive MVP.

“Getting offensive MVP at Bullitt Camp meant a lot to me, glad I got the opportunity to get out there and showcase my talent. I enjoyed going against good competition, I felt as that I definitely got better mentally and confidentially,” Everhart explained.

The 2022 running back is 5’9 170-pounds and might be one of the fastest players in all of Texas. He received his first offer from Stephen F. Austin last May.

As a sophomore for Tascosa, Everhart had 520 rushing yards on over 12 yards a carry for four touchdowns. He also caught four passes for 154 yards and a pair of touchdowns. Everhart actually led the team in receiving as they mainly focus on running the ball. Two others finished ahead of Everhart in terms of rushing yards, they were both seniors. Everhart could have a monster year for Tascosa in 2020.

“What leads to my success is that I work hard and I’m never satisfied with where I’m at. I do all the little things possible to perfect my craft and keep improving my game,” Everhart said.

Tascosa last season finished 10-4. They made it to the 6A D2 state quarterfinals before falling to Guyer 48-7. Everhart is confident he and his team will have a big 2020.

“The goal for Tascosa this year is to finally knock down the door and finish it off with a state championship this year. We have knocked on the door two years in a row and came up short,” the speedy running back said.

“Track helps me on the football field majorly. Being the fastest or at least one of the fastest on the field is a major advantage to have against your opponents, speed kills!” Everhart emphatically said.

Tascosa and Everhart are looking to have a monster year in 2020. At Terrance Bullitt’s camp this past weekend he already showed why he’s one of the freakiest athletes in Texas. Now, he looks to take the football world by storm.

“Fans should know that I also run track and that contributes to my success on the field but other than football I enjoy spending time with family and close friends,” Everhart said.