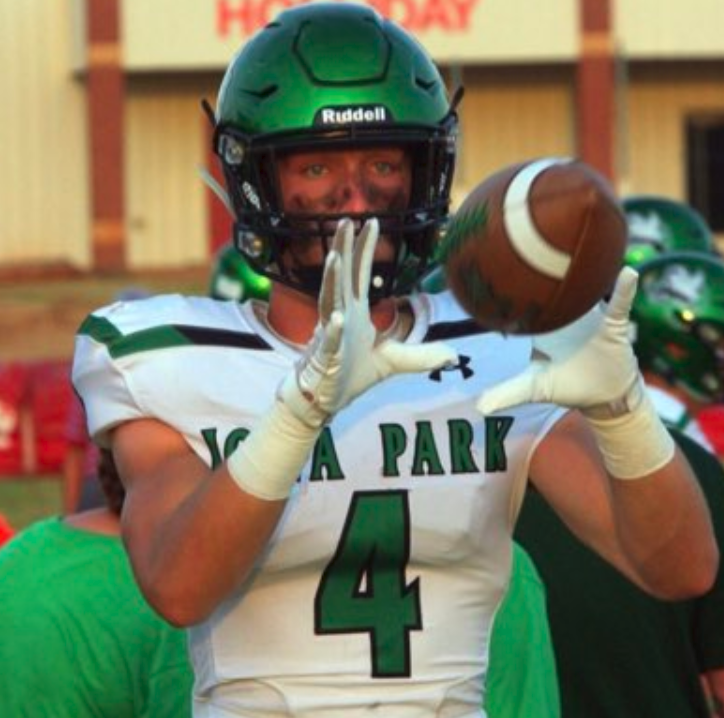 The Canadian – Iowa Park matchup was one for the ages.

Canadian, entered the game with a ludicrous 86-7 record, and early it showed. Canadian opened up with a 21-0 lead and it looked as if they weren’t going to look back. Late in the third quarter though is when Iowa Park made their move.

Cirby Coheley, who used to be a big-play wide receiver, now in at quarterback led his Iowa Park Hawks to four consecutive scoring drives starting in the final minute of the third quarter. The four drives would give Iowa Park a 28-21 lead, a lead that they would hold on until the clock read triple zeroes.

“It felt great to lead the team down the field. The excitement we had and the momentum we built up was something that couldn’t be stopped,” Coheley said.

Coheley started his comeback with a 15-yard touchdown pass to Colin Howard. He didn’t take much time to make his presence known again as the next drive saw a Coheley 60-yard touchdown scramble. Another touchdown run, this from seven yards out, and a two-point conversion than tied the game at 21 all.

Coheley then went back to the air connecting with Kade Thomas on a 65-yard bomb to pull away and essentially win the game for Iowa Park.

The Hawks from District 3-4A-II are now off to a 2-0 start with one of the most impressive wins of the year on their resume.

“It feels great (to start 2-0) this team fights so hard and we play to the best of our abilities and everything going on in the world isn’t even thought about when we dress out and take the field,” Coheley explained.

Iowa Park last season rode a 12-2 record all the way to the 4A D2 quarterfinals. After a valiant effort, they ended up falling to Greenwood 36-33.

This season, Coheley and company want to lead the Hawks past that point and make a run at a title.

“We are a tough group of guys and play together very well so you can expect a lot from us this year,” he said.

Iowa Park will ride this momentum into a week three date with the 0-2 Burkburnett Bulldogs who are coming off of a 71-28 loss to Canyon.

Iowa Park, especially after this should have all the momentum to keep the ball rolling. Coheley is new at quarterback for Iowa Park and he already has this insanely impressive comeback under his belt. Who knows what else this kid is capable of.

“I love my hometown and I love playing for them and I know they always have my back no matter what! Go Hawks!”