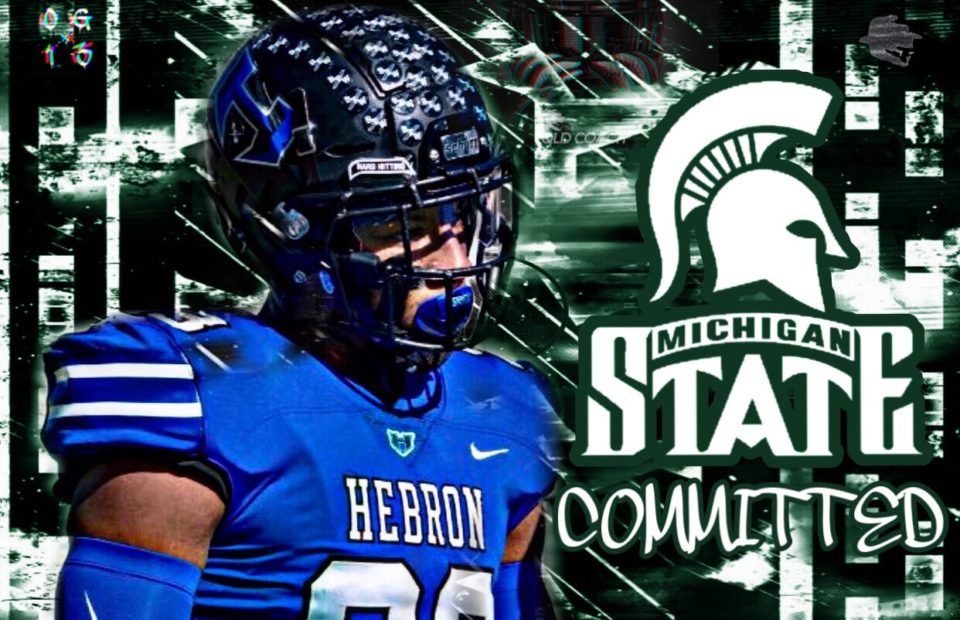 At Michigan State, the last name Snow has always been connected to basketball and the legacy left behind by Eric Snow. Now, the name carries a new meaning–in football.

Hebron safety Darius Snow announced on Wednesday night that he’ll be following in his father’s footsteps at Michigan State.

The four-star used his first official visit on the Spartans this past weekend which apparently sealed the deal for him.

Snow picked Michigan State over 27 other offers, including Arkansas, Notre Dame and Alabama. Michigan State was the Hebron product’s first offer back in 2017, and the relationship had been strong ever since.

At 6-foot-2, 212 pounds, Snow’s built more like an outside linebacker than a safety and has been an enforcer in Hebron’s secondary for years. He’s proven to be effective in the run and pass game and possesses the ability to play both in and out of the box.

Snow had 108 tackles last season and helped Hebron to the third round of the playoffs with an 8-5 record.

At Michigan State, he steps into a situation where he’d be the highest rated safety for the Spartans regardless of class. With only three experienced scholarship safeties standing ahead of him, Snow could see early playing time in the fall of 2020.