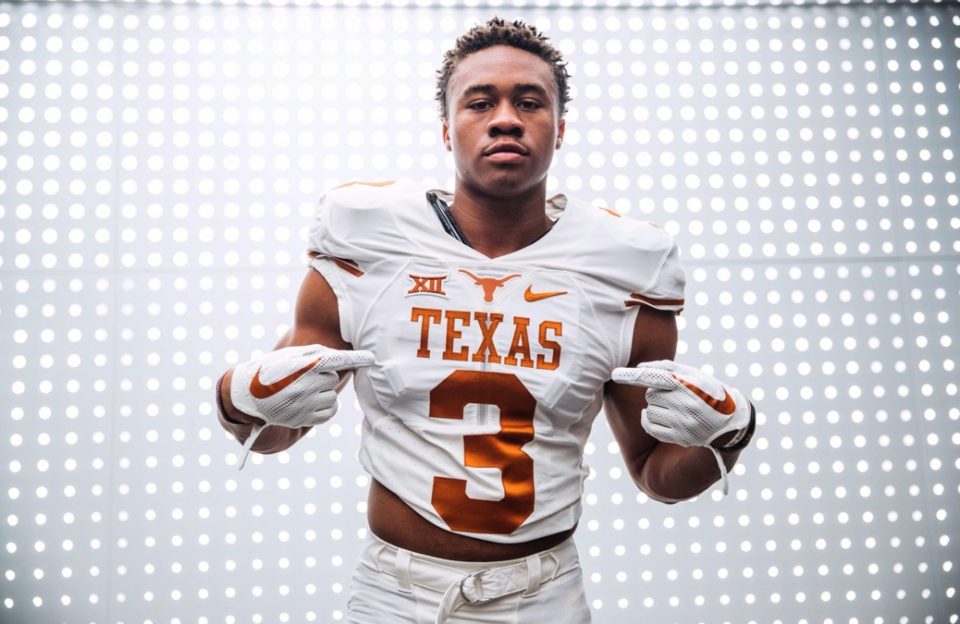 Ja’Quinden Jackson announced his commitment to the University of Texas on Monday evening.

The Duncanville athlete plays quarterback for the Panthers and plans on playing it at the next level but could play a multitude of positions. His versatility and athleticism have made him not only one of the highest ranked athletes in the country, but one of the most pursued recruits in the state.

Jackson took the helm of the Panthers for the first time in 2018 and led them to a state finalist finish. He threw for 1580 yards, rushed for 1497 more and had a combined 38 touchdowns in his junior campaign.

Jackson joins Lake Travis’ Hudson Card as the Longhorns’ second quarterback commit in the class. They’ll join a room featuring Sam Ehlinger, Roschon Johnson and Casey Thompson. Card and Jackson are special in that both can play multiple positions and have experience doing it at the varsity level. Jackson has the size and athleticism to star at any skill position and potentially even linebacker if he wanted, while Card thrived at wide receiver early in his career for the Cavaliers when Matthew Baldwin was at the helm.

With Jackson in the fold, Texas hopes to develop a pipeline between Duncanville and Texas, and safety Chris Thompson Jr. is their next target. The Panthers are also home to 2021 talent like Savion Byrd and Kendrick Blackshire, who both hold Texas offers and are big in-state targets for the Longhorns.

Heading into his senior season, Jackson has focused on developing solely as a quarterback and is taking the steps necessary to hopefully finish the job in the state championship this season