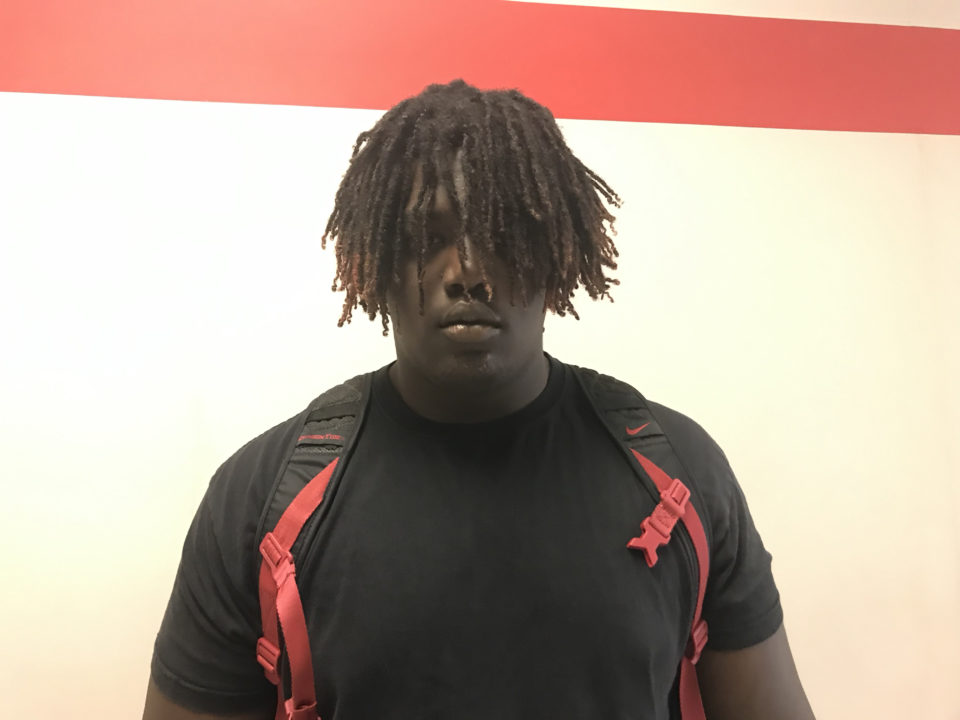 New weekly section by The Old Coach recapping all commitments, announcements and scoops across the state on the recruiting scene. This week saw multiple commitments from some of the top prospects across the state and a number of offers picked up by players in the 2020-2022 classes. With camp season underway and recruiting news flying in every single day, expect this section to be full of recaps and tidbits every week.

-Rice played host to Adidas’ Three Stripe Camp on June 1st, which saw a number of recruits land offers. Fort Bend Bush’s Kenneth Phillips landed five offers since, including Indiana, Georgia Tech and Texas A&M, growing the 2020 prospect’s offer list to 14. West Brook 2022 ATH Bryce Anderson has seen his recruitment take off since the camp, landing a Georgia Tech offer immediately, then LSU, Texas A&M and Oklahoma in the subsequent days. Anderson plays quarterback and defensive back for the Bruins but plans on sticking at safety at the next level. 2022 Ridge Point cornerback Jacobe Chester received a Rutgers offer, and should see more coming. 2020 four-star safety Xavion Alford received and committed to the Adidas All-American Bowl at the camp.

-North Shore linebacker Corey Flagg Jr.’s recruitment has taken off this spring and so far, Oklahoma State and Miami stand out. The 2020 prospect said he talks to Oklahoma State nearly every other day, and enjoyed the official visit he made back in April. He’ll visit Miami next weekend and said the linebacker tradition, as well as what he knows about the coaching staff so far makes Miami an attractive spot. He said he’s been talking most with Virginia Tech, Boston College and Mississippi State in addition to the schools mentioned above. Purdue recently came into the picture and he has an official visit set up for June 21st. Texas remains in communication but has yet to offer, they keep Flagg In 2018, Flagg was the leader on the state champion Mustang defense with 144 tackles and 33 tackles for a loss.

-2022 Summer Creek offensive lineman Kelvin Banks certainly looks the part of a D1 offensive lineman. At 6-foot-4 and 285 pounds already, Banks has seen his recruitment take off in recent months. Banks participated in the Three Stripe Camp on the 1st, landing an Arizona State offer in the process. He plans on visiting Oklahoma State this week, who offered him early in May. He also holds offers from Utah and Florida State so far and plans on hopefully visiting this summer.

-Staying in the same position group and class, Atascocita’s Kam Dewberry has blown up this summer. After starting on varsity for the 6A Eagles as a 14-year old, Dewberry’s recruitment took off in spring. Entering spring he only held a Baylor offer, now, he sits at 13 offers from The who’s who of college football. He admits it’s all been a little sudden and he’s stunned to even be here. In the last couple weeks, Oklahoma, Alabama and Texas came into the picture. Dewberry plans on visiting Alabama on June 22nd and Oklahoma a week later. He visited Texas for their spring game, but hopes to visit again the summer. His teammate, Kenyon Green is at Texas A&M, where Dewberry camped this week. Dewberry and Green train together and Dewberry is expected to be the same caliber recruit Green was, if not better, when his high school career is done. He stated the Oklahoma offer as a “big one” and says the O-Line U tradition Oklahoma claims stands out. As far as other in-state schools, Baylor will “always be in the picture” because they were the first to offer. He cited his relationship with Baylor’s offensive line coach Shawn Bell and Texas’ Herb Hand as two that stand out so far. Dewberry is expected to be among a consensus top ten players in the country when 2022 rankings are released.

-2021 New Caney outside linebacker Derrick Harris Jr. picked up two huge offers in Texas A&M and Oklahoma State. Harris just finished his sophomore season but where he received District Newcomer of the Year honors for his efforts. He stands at nearly 6-foot-3 and 215 pounds but isn’t close to the weight he’ll be entering college. He’s camping at Texas this weekend and with Todd Orlando personally visiting his school in spring, don’t be surprised if the Longhorns pull the trigger on an offer. In other New Caney news, 2021 ATH CJ Sanders landed a Texas Tech offer. Sanders plays defensive back and running back for the Eagles and thrives at both positions. 2020 ATH Zion Childress also received offers to Texas State, UTSA and HBU this week as a cornerback. Childress can play wide receiver, quarterback or defensive back at the next level.

-Houston Heights 2022 defensive back Bobby Taylor received #1 overall player honors at a Notre Dame camp earlier this week, leading to Oklahoma State offering the talented sophomore. Fellow 2022 DB Denver Harris’ incredible couple weeks continued with offers from Alabama, Oklahoma and Virginia Tech this week. Harris has yet to play a varsity snap and already holds ten offers. He outdid the 4.4 40 time he ran at Baylor with a 4.39 at Alabama.

-Trinity Christian Cedar Hill quarterback Shedeur Sanders, son of Deion, received Alabama, Georgia Tech, Boston College, Liberty and Auburn offers this week. In a stacked 2021 in-state quarterback class, Sanders is among the best pro-style options available. He already stands and 6-foot-2 and has started for the Tigers since he was a freshman.

-Duncanville 2020 QB Ja’Quinden Jackson committed to Texas early in the week. The Old Coach went into more details on his commitment here.

-2020 Offensive tackle Damieon George committed to Alabama this week. George is a massive physical specimen at 6-foot-7, 340lbs. He’s got the physical tools to be a top offensive lineman in the country and though he needs development technically to succeed at the next level, Alabama is as good of a spot to develop as any. Him and teammate 5-star running back Zach Evans have stated on multiple occasions that they are a package deal. Evans recently cut down his list to five, featuring Alabama as well as LSU, Georgia, Ohio State and Oklahoma. Evans visited Alabama this past week on his own and will visit the rest of his list through the coming weeks. Evans won’t announce for some time, but with George in the fold, Alabama is out to an early lead for the consensus top-5 player in the country.

-2020 Mesquite Poteet running back Seth McGowan committed to Oklahoma on Thursday. McGowan joins Aledo five-star back Jase McClellan to make one of, if not, the best running back duo in the 2020 recruiting class. The 5-foot-11 four-star ran for 1613 yards and 25 touchdowns in 2018. He has an impressive burst and powerful lower body that allows him to break through arm tackles and explode out of the backfield. He and McClellan can coexist in the same backfield based on their play style and should be able to give the Sooners a Nick Chubb/Sony Michel-style one-two punch.

-Oklahoma also picked up the commitment of 2020 A&M Consolidated wide receiver Brian Darby. Darby landed a Sooners’ offer just two days before committing but had been a fast rising prospect and should continue to rise through his senior season. Though listed as a wide receiver, Darby’s versatile and can play running back, slot or outside receiver at the next level.

-North Texas had a huge week starting with landing their quarterback in Stephenville’s Kade Renfro on Saturday. Isaiah Johnson from Lubbock Cooper joined him a day later, the first running back commit for the Mean Green in 2020. On June 4th, Magnolia’s Kade Bond and Lubbock Coronado’s Erik Williams joined the class. Bond plays offensive guard while Williams plays tackle. The additions give North Texas a top 30 class in the country with ten commits to date.

Keith Miller opens up on commitment to Kansas