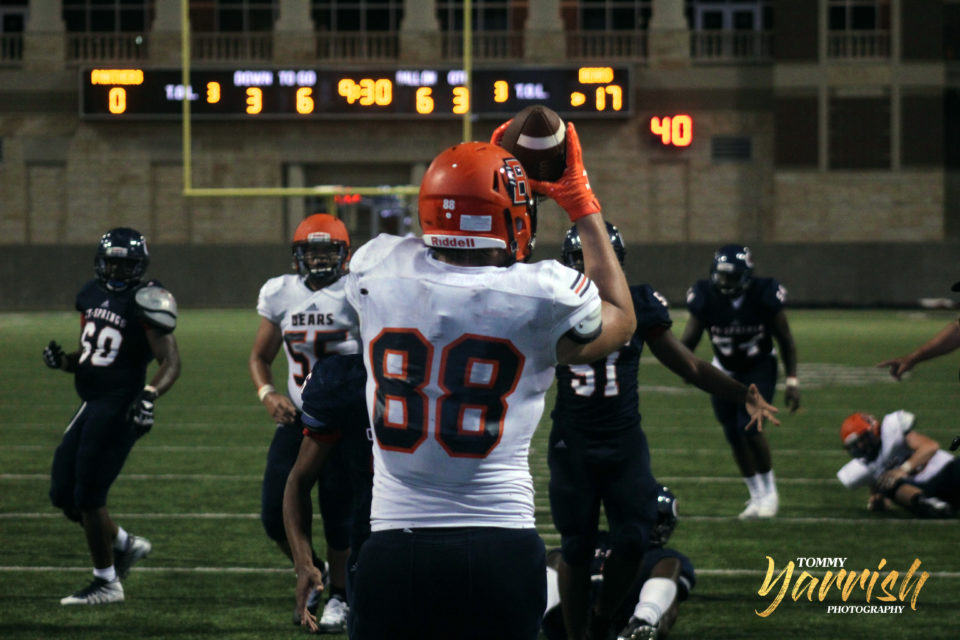 Despite over an hour and a half’s worth of weather delays, the Bridgeland Bears stormed past the Cy Springs Panthers 38-0 Friday night.

The Bears’ offense continued to put their foot on the gas against opposing defenses, as quarterback Conner Weigman had another stellar performance, throwing for 236 yards and four touchdowns. On the ground, Mason Culton had their only rushing touchdown from 19 yards out. But it was really the Bears’ defense that took it to the next level, earning their first shutout in school history. Defensive back Weston Cadena lead the team in tackles with 10, and the entire defense combined for 8 tackles for loss. Defensive end Brayden Amacker had five tackles to go along with a sack and a forced fumble as well.

Cy Springs’ offense was unable to get any points on the board despite being in scoring position several times. A field goal was blocked, and they attempted to go for it on fourth down multiple times, all of which failed. However, their defense did have a solid outing, with two sacks and six tackles for loss. Linebacker Johnathan Bloom had an impressive night with five tackles and a sack, and defensive back Jerami Seals had nine tackles and a breakup.