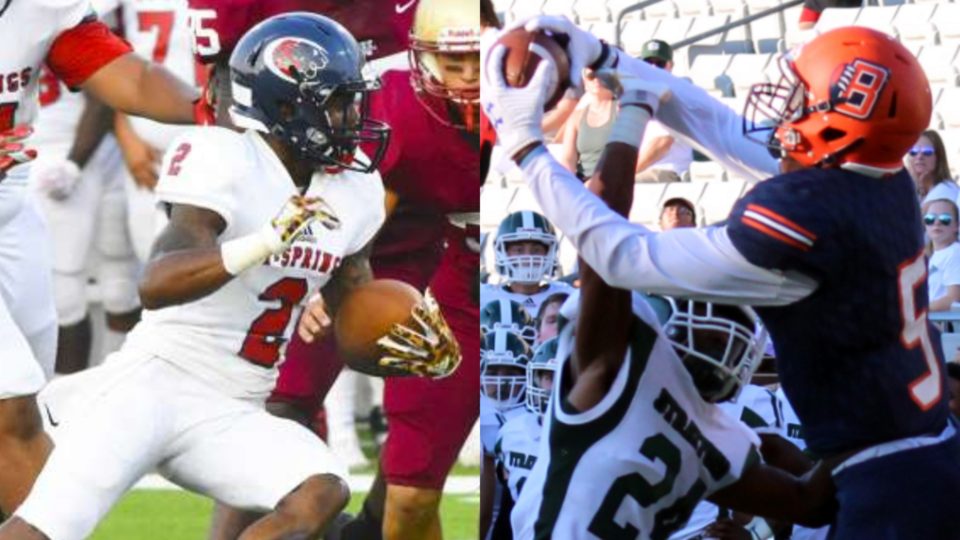 With the first week of district play finally upon us, the first two games went very differently for the Bridgeland Bears and Cy Springs Panthers.

For Bridgeland, they’re on a two-game win streak and are on fire offensively, combining for a total of 124 points in their first two games against Waltrip and Stratford. They’re led by quarterbacks Conner Weigman and Finn Nicholson, who’ve been swapping off on drives and combined for a mind-blowing 794 yards and 10 touchdowns. With threats in the air like wide receiver Dylan Goffney, who’s got five touchdowns on the year, and on the ground with running backs like Jerell McWilliams, who’s rushed for three touchdowns, they’ll look for another blowout Friday night against Cy Springs. Defensively, a strong secondary led by defensive backs Bryce McMorris and Jack Grier will try and add more on the defensive stat-sheet, with one interception and one forced fumble thus far.

Cy-Spring’s struggles from last year have rolled over into this year through two weeks. Last season, the Panthers went 1-9, with their only win being over Cy Park, 37-30. They’ve dropped their first two games this year, at the hands of Pearland by a score of 52-3, and Katy Taylor 28-14. Head coach Charles Rohan is looking to get better one game at a time after a tough season last year, and a rocky start this year. The Panthers are led by safety and running back Johnathan Bloom, and have more notable returners who will try and get the underdog win over Bridgeland including quarterback Jeremiah Mosely and defensive back Darius Allen.

The Bears defeated the Panthers last season 40-32 for one of their three wins, and Springs is looking to shock the district with an upset win. They’ll square off at Cy-Fair FCU Stadium on Friday, September 13 at 7:00 p.m.