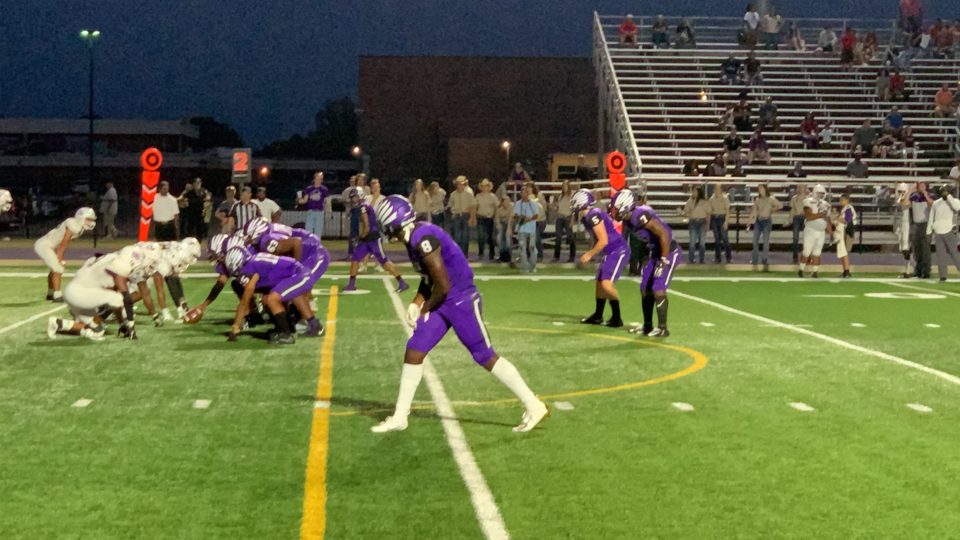 The Crowley Eagles moved to 3-0 overall and 1-0 in district as they defeated Saginaw Chisholm Trail, 41-13.

Missouri commit Dominique Johnson opened up the scoring with a 7 yard touchdown run on the Eagles’ third offensive series. Clatayvion Jackson would then score on back to back drives on the ground to make it 21-0 in favor of Crowley in the second quarter. Kevin Miller would use his arm for the Eagles’ next score as he would find Kory Harris in the back corner of the end zone for an 8 yard touchdown pass. Sophomore running back Duante Blake would get in on the action with a 9 yard scoring run of his own as the Eagles would build a 34-0 lead before halftime.

The halftime score would read 34-7, thanks to Jaden Fisher putting Chisholm Trail on the board with an 81 yard kickoff return for a touchdown.

Blake would round out the scoring for the Eagles in the third quarter with a 2 yard scoring run. The Rangers would get one more score in the 4th quarter as Garrison Haskell would hit Jalique Martin on a go route for 45 yards.

Chisholm Trail (1-2 overall, 0-1 district) will look to pull even across the board next Friday as they host Brayden Thomas and the Boswell Pioneers. Crowley hopes to keep rolling by moving to 4-0 when they visit BJ Williams and the Brewer Bears. Both games are scheduled for a 7PM kickoff.