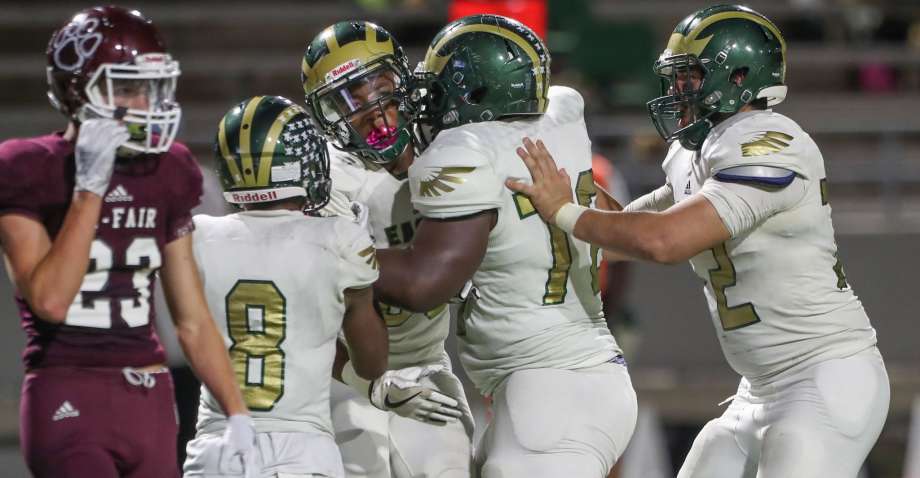 Another year, another repeat opener.

The Cy Falls Eagles and the Aldine Mustangs will square off to kick off the season, a year after Cy Falls defeated Aldine 42-20.

Cy Falls is coming off a strong 9-3 season, with key victories including ending Cy Fair’s 19 game win streak, as well as a trip to the second round of the playoffs before being knocked off by Tompkins. Despite losing 47 players from the previous year, Cy Falls will have some notable returners, including Brandon Collins, who will most likely play quarterback after playing wide receiver last season. With new faces on both sides of the ball, defensive backs Ricky Johnson and Jayden Goodwin, as well as defensive end Dontrell Kelley, will look to serve as the leaders of the fresh defense.

On the flip side, Aldine struggled last season, only managing to win a single game and finish 1-9 on the year. But with another year of experience under their belts, they’ll try and flip the script on Cy Falls to start it off. Aldine had a run heavy offense last season, led by Jacorey Howard who tallied 1417 yards and 13 touchdowns. But with the loss of Howard, younger players such as junior Jordy Benavidez, who recorded 161 yards and a touchdown in just two games last season, will look to pick up where Howard left off in the running game.

Cy Falls looking to stay strong, Aldine trying to bounce back. Both of their seasons kick off at Cy Fair FCU Stadium on August 31st at 6:00.