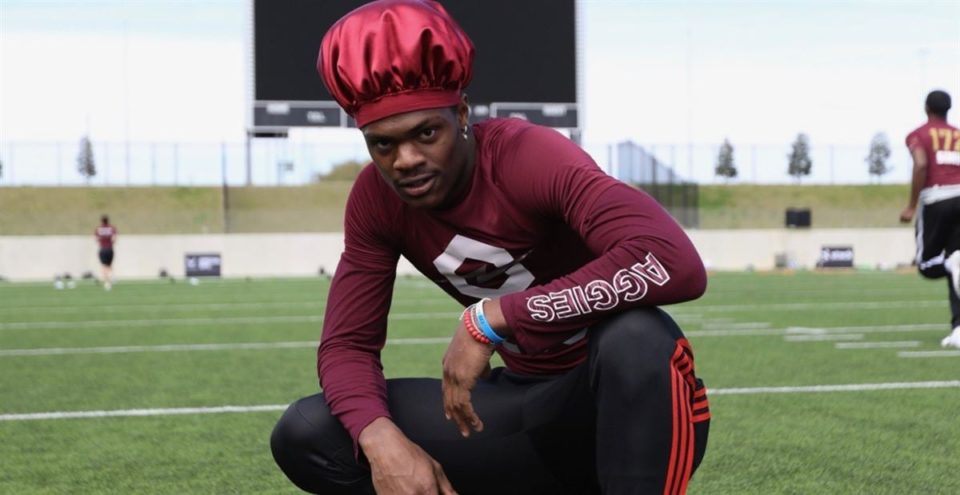 It’s a little over one week before Tomball takes the field against cross-town rival Tomball Memorial to open up the 2019 season for the Cougars, but as of Tuesday, they will not be bringing Demond Demas along with them.

The five-star wide receiver and Texas A&M commit was denied eligibility by a unanimous vote to play at Tomball by the UIL State Executive Committee (SEC) on Tuesday morning at Round Rock’s Austin North Marriott Hotel after the committee determined that he transferred to Tomball for athletic reasons.

Demas, his mother, and his grandparents took the stand and explained that he moved in with his grandfather in Tomball to put him in a better environment than where he was living with his mother and two siblings.

“I’m just trying to make a better living for myself, make better grades, and be in a better circumstance for myself,” Demas explained during the hearing.

North Forest head coach Clifton Terrell explained that Demas’ relationship with renowned trainer Footwork King led to him being more “individualistic” from North Forest and led him to transfer to Tomball.

Tomball head coach Kevin Flanigan defended Demas by saying that Footwork King lives in Klein and has “no relationship” with Tomball.

While the SEC chairman Mike Motheral explained his excitement for Demas, the decision was ultimately brought down as a result of his two siblings not moving with him.

“You are a very intelligent man and very articulate,” Motheral said to Demas. “You have a future in other areas. I wish you nothing but the best.”

Despite the decision Tuesday morning, Demas tweeted that he will stay at Tomball High School in 2019 to better his academics and to be in a better environment, reemphasizing his point made during the hearing.

As of Tuesday, Demas will sit out his senior season at Tomball before playing at College Station for Texas A&M in 2020.