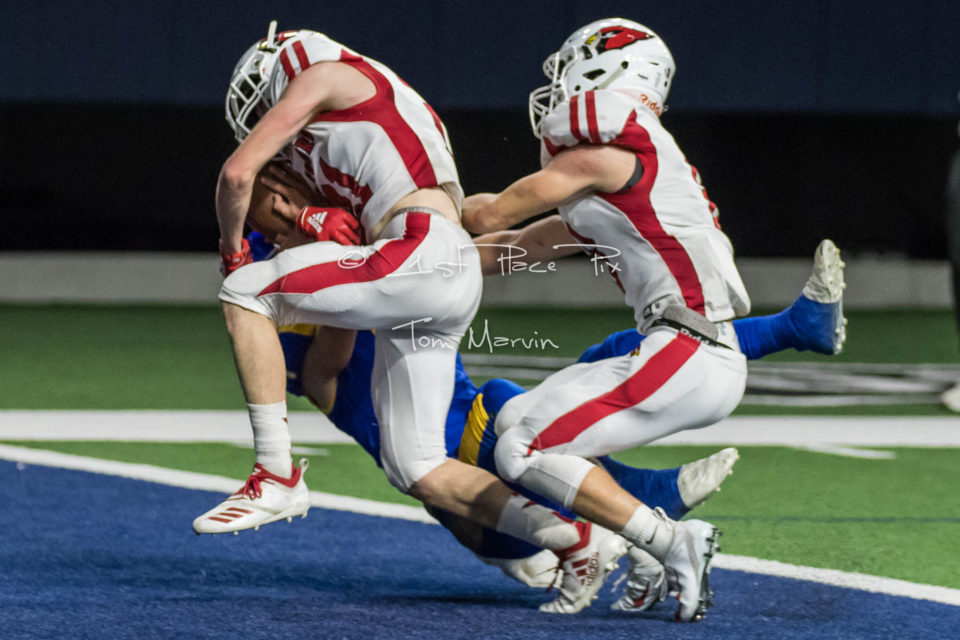 In the photo above, Pottsboro’s Tyler Farris rips the ball away from Brock quarterback Jaxon Gleaton for an interception in the end zone with less than a minute to play to give the Cardinals a dramatic 36-35 victory in the Class 3A Division I state semifinals on Thursday at the Ford Center in Frisco.

Gleaton had completed a backwards pass to the sideline before he ran a route to the endzone on the third-and-12 play from the Pottsboro 26.

Gleaton had the ball in his hands in the end zone before Farris wrestled the ball away from him for the inception to preserve Pottsboro’s victory and give the Cardinals their first berth in the state championship game.

How Does Dating Function?