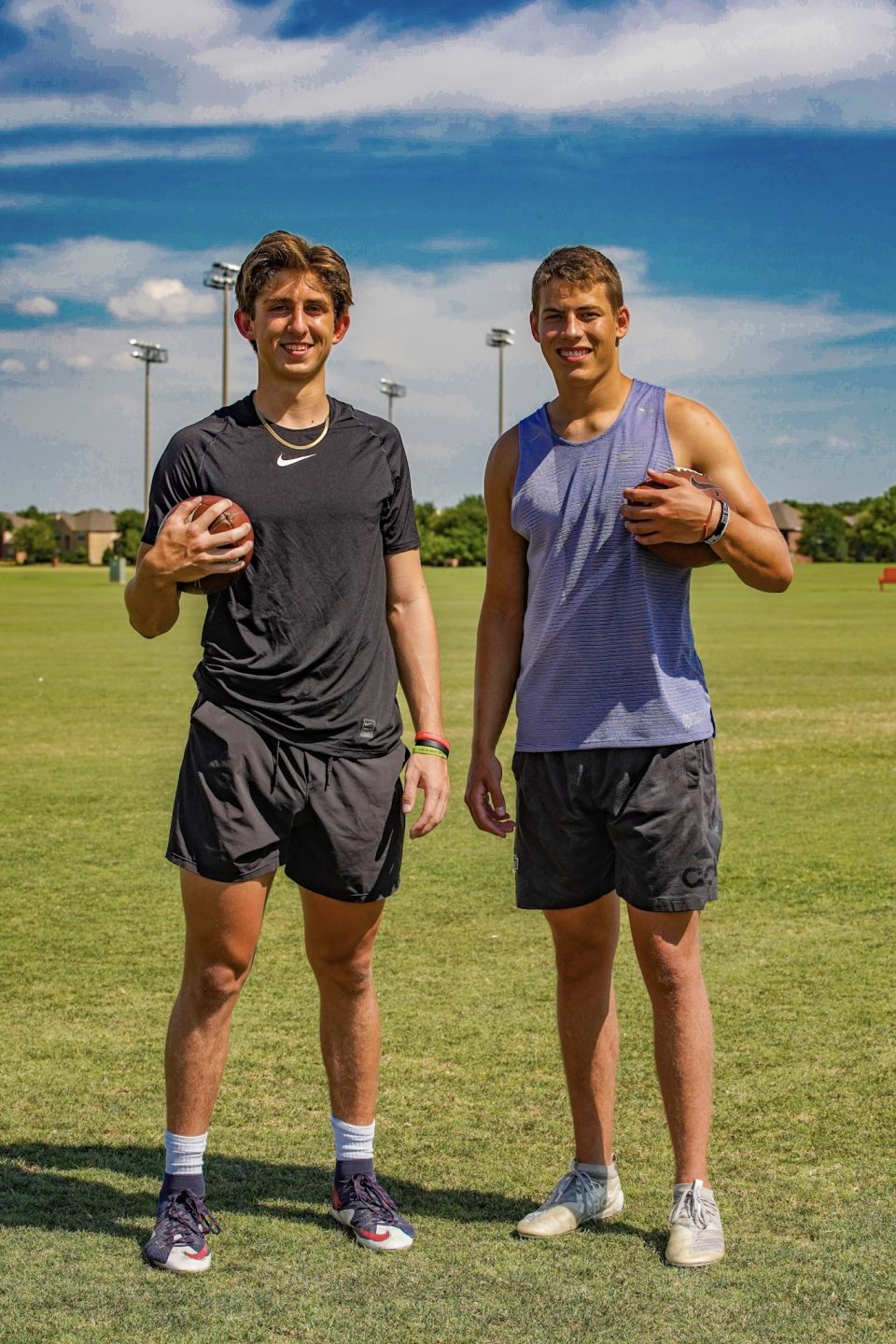 Allen has a history of excellence. They haven’t lost more than one game in a season in nine years. In that period of time, accumulating four state titles and a record of 127-6.

That, for them, is a massive disappointment of a season. Allen loses their quarterback, Raylen Sharpe, who accounted for more than 3,300 yards of total offense with 36 touchdowns. To combat this Allen is gaining two senior quarterbacks with experience to lead them in 2020.

General Booty from Jserra Catholic in California, and Parker Wells from Sachse, both come in with hopes of being the guy at Allen.

“It’s pretty special just because Allen has always had great QBs come through their program and to have my name mentioned with those guys is an honor,” Booty said.

“It would be a complete honor to lead at one of the top tier programs in state history,” Wells added.

Booty is the nephew of John David Booty, former USC quarterback, and comes from a family of athletes. Josh Booty, another uncle of his, was drafted fifth overall in the MLB amateur draft in 1994. He also was a sixth-round pick for the Seattle Seahawks seven years later. Josh during his time at LSU threw for almost 4,000 yards and 24 touchdowns. Quarterback runs in his DNA.

“Being from an athletic family has helped me a lot. I have always had a built-in QB Coach and someone that has been there before and give me their advice,” Booty said.

Booty as a junior threw for 1,032 yards and six touchdowns before making the move to Allen. He already has offers from Liberty, Louisiana-Monroe, and Yale.

“Just the love for the game to be able to wake up every day and put time into my craft to always continue to improve my game,” Booty said on what leads to his success.

Parker Wells, on the other hand, is coming over from Sachse. Sachse finished last year with an impressive 8-3 record. They were one and done in the playoffs though because they ran into, ironically, Allen.

“The size and football history of Allen High School can be a bit overwhelming at first, but the coaching staff and team have really embraced me the day I stepped foot on campus,” Wells said.

Regardless of who’s the starter on day one, both Booty and Wells expect Allen to keep up its dominance. They both understand the pressure and are ready for the challenge of leading Allen to the promised land once again.

Allen is relying on the arms and legs of these two to get them back to where they believe they should be. Neither of them has fully gotten the opportunity to be ‘the guy’ elsewhere. They both look to put themselves on the map fully in 2020.

Parker Wells dedicates a lot to his success thus far in his football career.

“My hard work, dedication to the team, confidence, and ability to compete on every down in both football and life. As well as to Kevin Murray, my quarterback coach who has always pushed me not to just be good but to strive to be elite. Finally, Terrance Bullit who I’ve been training with for the past two years who has always been like an older brother to me and never let me quit on myself no matter how difficult or tiring the situation,” Wells said.

Both Booty and Wells are excited beyond belief at the opportunity to be a part of Allen football. One of the true powerhouses of Texas High School Football. Allen High School, which has an enrollment of nearly 7,000, is gaining two incredible quarterbacks and even better young men.

“Allen fans should know that I’m gonna push myself and my teammates to be the best we can possibly be this season,” Booty said.