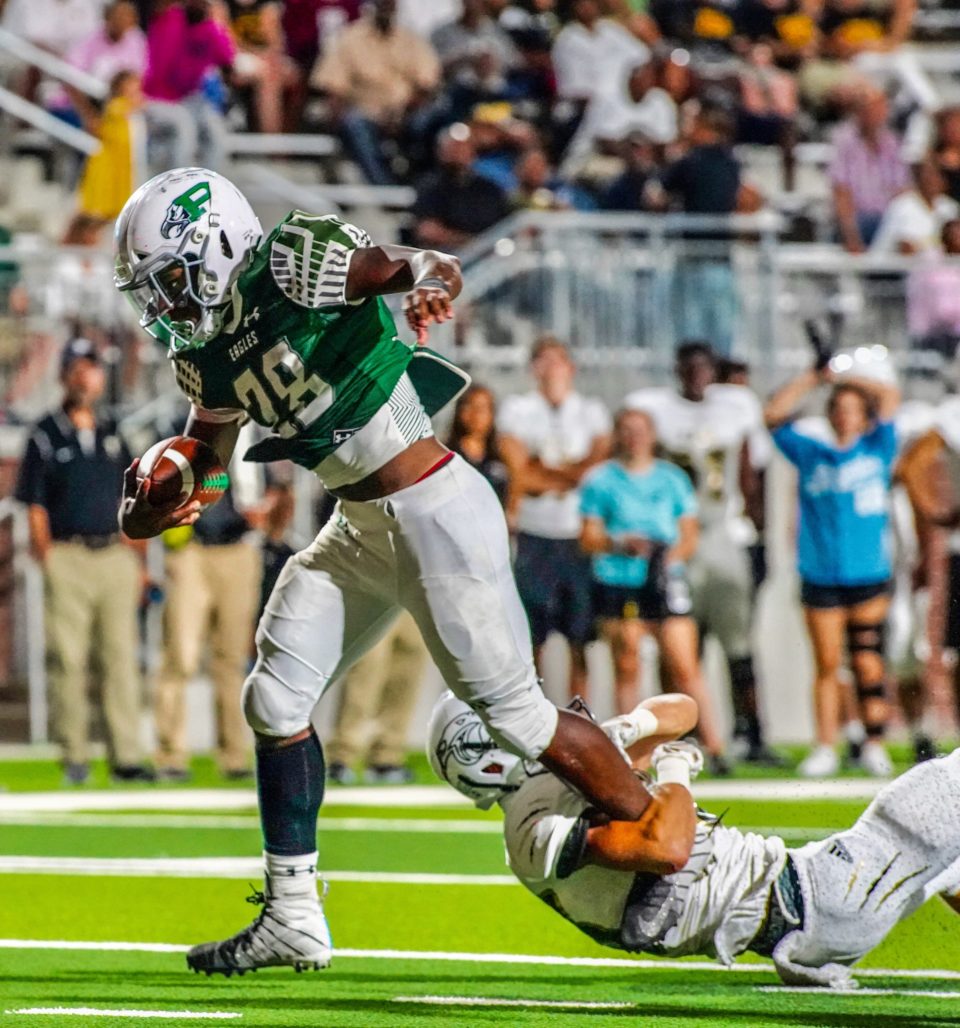 In a rematch of last year’s 26-14 defeat, Prosper came out like a cannon and earned the team’s first shutout in 2 years, defeating Plano East 42-0.

For the first time since October 13, 2017, the Prosper Eagles pitched a shutout and they did it against one of the better defenses in the North-DFW region.

This game, however, didn’t look like it would be a blowout early on. After Prosper scored on their first drive they gave the ball to the Plano East offense who marched 70 yards downfield only to come away with nothing. That first drive by the Plano East Panthers would account for more than 60% of there total yards by the time the last whistle had been blown.

After an impressive first drive by the panthers, the Prosper Eagles shut them down. The Panthers offense averaged less than a yard and a half per carry and while quarterbacks Dylan Hayden and Ryan Foust combined for a near 70% completion percentage, they only averaged less than seven yards a completion.

Junior linebacker Herman Lee was the defensive MVP for the Eagles defense as he finished the game with three sacks and a handful of other tackles on the night. Senior safety Logan Kern added an interception on a perfectly timed jump to give Prosper momentum in the second half.

This Eagles defense has been impressive all season as through the first five games of the year the defense has yet to allow an opponent to score in the first half.

The Prosper Eagles offense, who has now scored more than 30 points in 10 straight regular-season games, has been electrifying all season. The most impressive part, however, is the fact that the offensive line has yet to give up a single sack this season.

The Eagles who now have a point differential of +166 will have an extra week to prepare for an away game vs 3-2 Dallas Jesuit while the Panthers get to go back home and await the undefeated Allen Eagles.