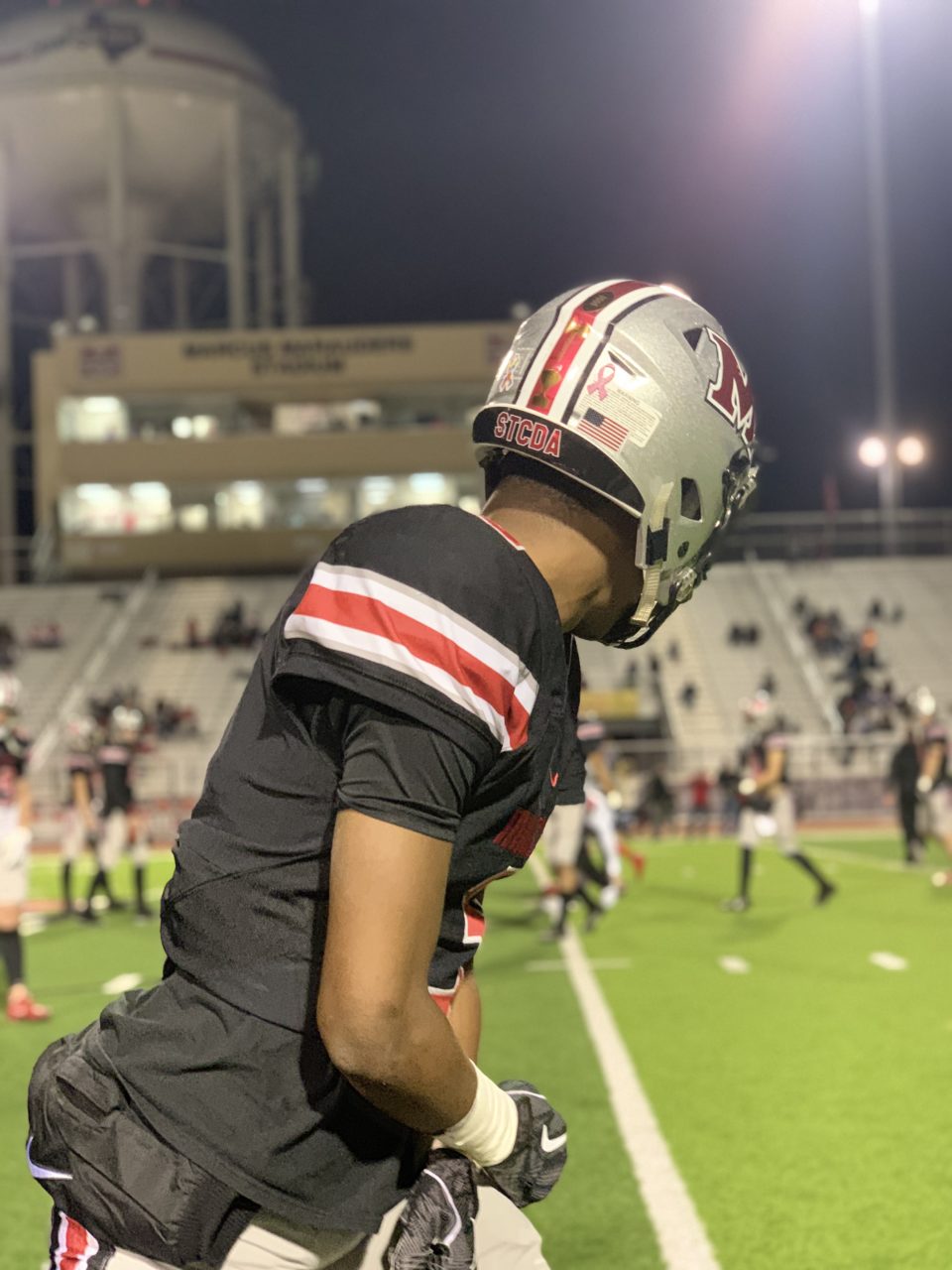 The Marauders won the Bi-District round of the playoffs after beating the Keller Central Chargers 34-7 .The Marauders went into the game thinking “still hungry and going 1-0.”

“It’s just been the mentality all this year,” senior wide receiver Jaden Robinson said. “Every week is 1-0, [doesn’t] matter the opponent. Just [try] to get the dub.”

The Marauders’ offense put on a show throughout the night. Big plays early in the game put the team in scoring position. All of the Marauders’ points were the results of touchdowns. Junior quarterback Garrett Nussmeier had four 30+ passing plays in the air and   finished the game with 242 passing yards with three touchdowns and two interceptions. Senior running back Ty’son Edwards finished with over 100 yards and two touchdowns.

Robinson finished the game with five catches for 84 yards and two touchdowns.

“It’s been a long time coming,” Robinson said. “If they triple teaming me, I know my boy J. Mike or Dallas would be open. I knew there was no way they could stop all three of us.”

The Marauders’ defense held the Chargers to seven points.They ended the night with three big sacks all coming on 3rd down. The secondary did their job as well,  only giving up 55 passing yards.

“They got some really good receivers and we knew we had to put some pressure on the quarterback so that way they didn’t get to utilize them,” senior linebacker Ethan Barr said. “Our defense did a pretty good job upfront and in the back end. All around it was good.”

With this win, the team will move onto the Area Round of the playoffs and take on the Lake Highlands Wildcats, who got the win over Mansfield Summit 35-19. The game will take place on Nov. 23rd at 1 p.m. It will be played at The Star in Frisco,Texas.

“We have been working for this since we have been in high school,” Barr said. “It’s our first playoff showing. We played great. Our goal has been to win in the playoffs and that’s what we did.”

How to Attract Beautiful Cookware Women