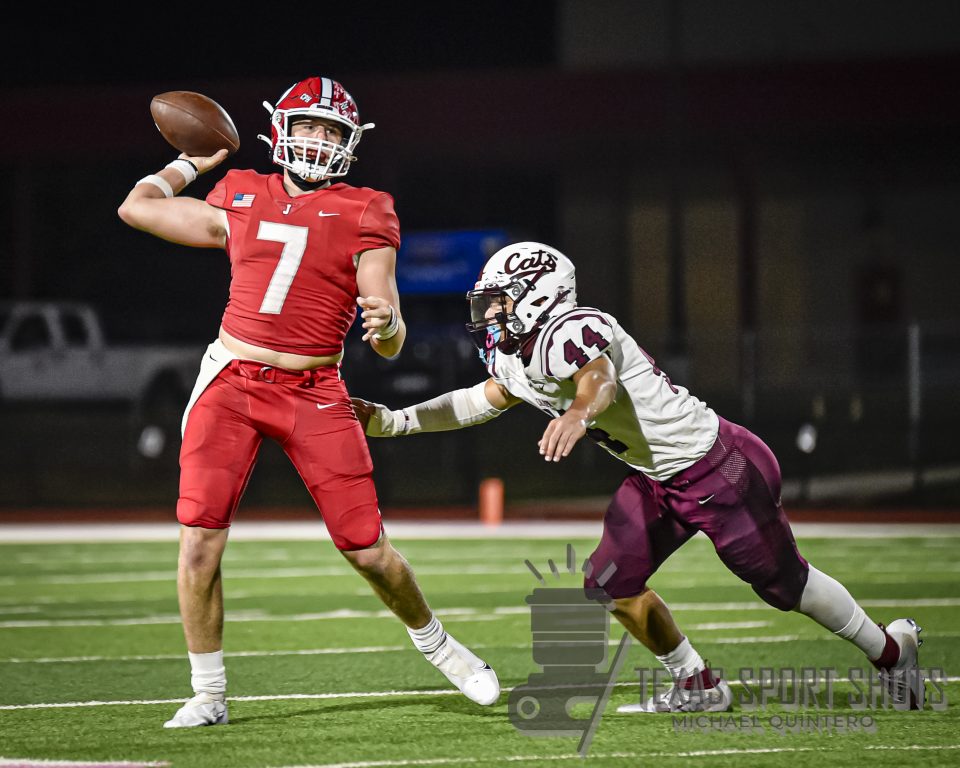 After a long ride up to Jourdanton from the Corpus Christi area, the Calallen Wildcats ended their meet with the Jourdanton Indians on a good note with an action packed second half this past Friday at the Indian’s Stadium, 56-35.

I could hear 80s rock from both sides, with the smell of popcorn in the air and so many fans participating on both sides, you knew you were in the right place for Friday Night Lights football in Texas. 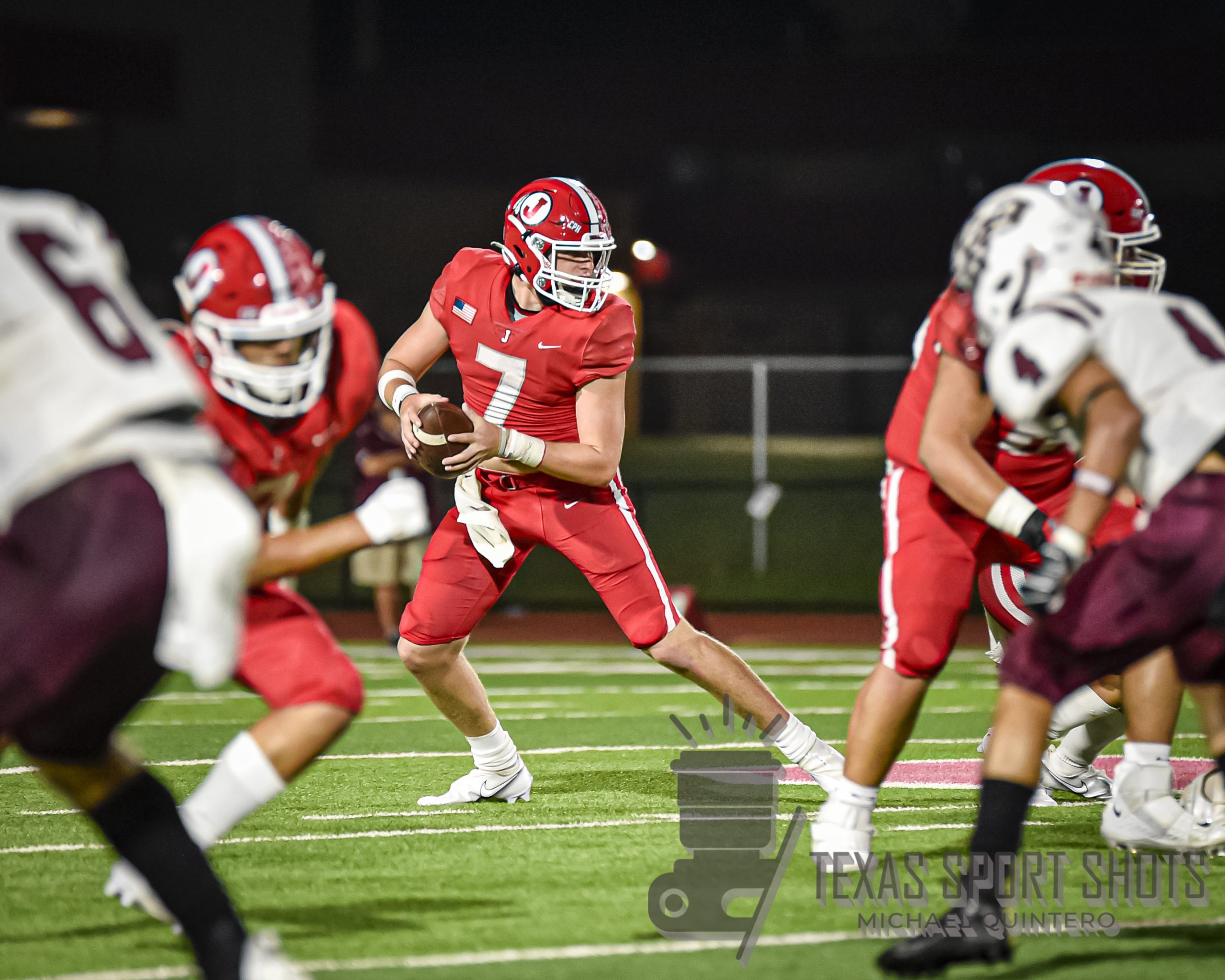 I arrived in the second half after covering the first half of the Lytle Vs Natalia game, about 30mins north of Jourdanton. There was an energy to this field and the crowd. I worked all sides of the field to ensure I got as much coverage as possible and it was evident that the constant moving was worth it. For a little bit, both teams were answering one after another in scoring, it was crazy.

From a colleagues notes, I can offer a brief rundown of the first half, since I wasn’t there, I still want to make sure this article is complete.

Jourdanton’s Colton Schuchart was on the receiving end of a 28 yd pass from Cole Andrus with a Jarel Lilly kick in 1Q. 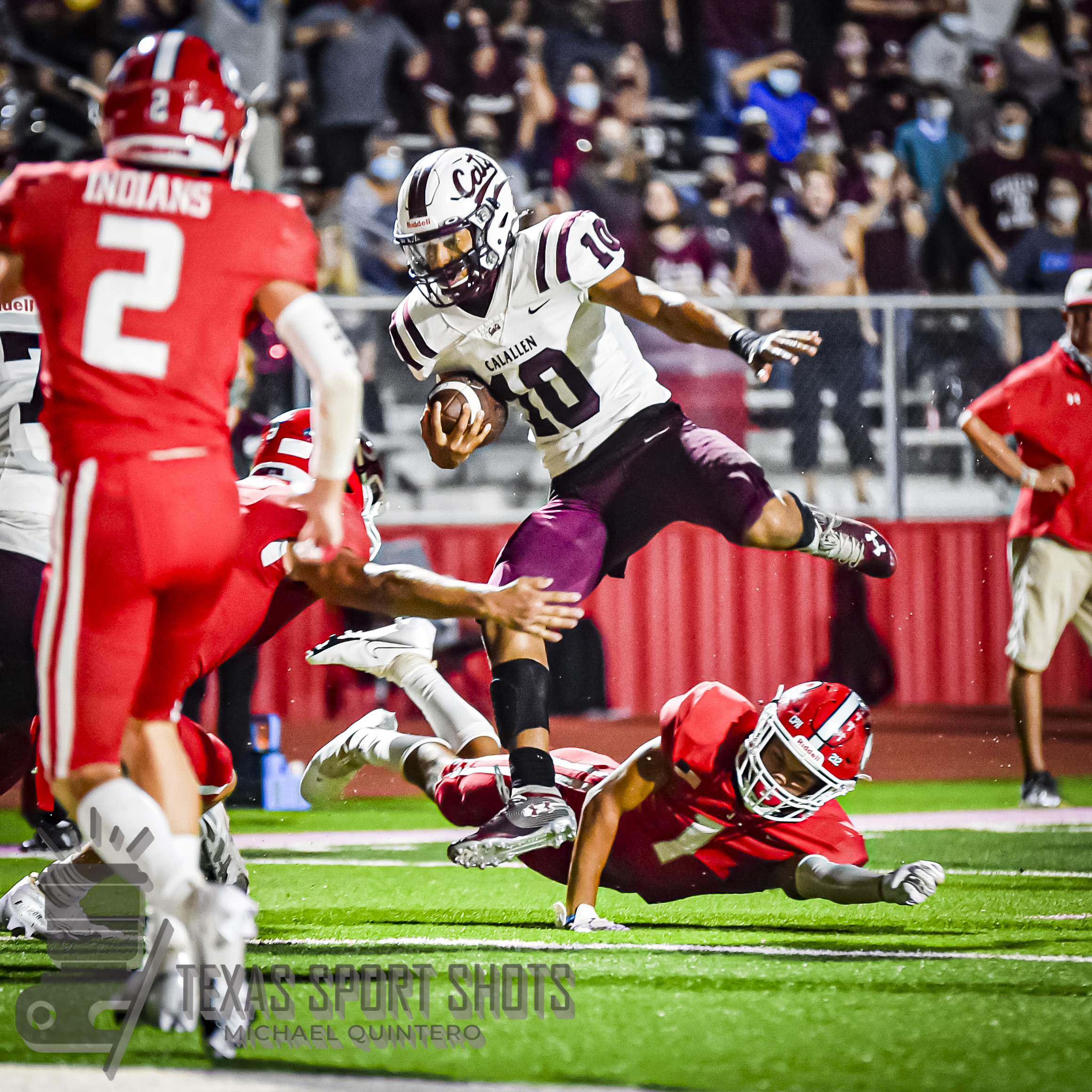 Jourdanton wasn’t going to stand by without returning a Cole Andrus 1 yd touchdown then a 21 yd. Jarel Lilly touchdown reception (both with Jarel Lilly extra points), ending the 1st half with the Indians in the lead over the Wildcats, 21-14.

In the 2nd half, Calallen must have had a serious coach speech in the locker room as things got really heated.

Calallen’s Hunter Groves had a 1 yd. touchdown run and right before the the 3Q ended, Justice McClure ran for a 19 yd. touchdown (extra points by Collin Kieschnick), which now had the Wildcats in the lead, running into the 4Q, 35-21.

The 4Q was super intense on both sides. I was able to catch many pass reception shots, which I’ll cover here. I did get to take some photos of the Wildcat’s Mascot while I was moving around on their side.

Jourdanton wasn’t going to go down without a fight. The Indian’s Robert Miranda ran for a 2 yd. touchdown with a Jarel Lilly extra point kick.

Calallen wanted to send this one home, so Jeremiah Earls started this nail in the coffin process with a 45 yard touchdown run (which I was happy to have been in the right place at the right time to capture, see my gallery). Then Terek Hickman with an 11 yd. touchdown and finally, Colton Calloway with a 25 yd. interception return (all three touchdowns were closed off with a Collin Kieschnick kick extra point). With 3:09 to spare, nothing more was able to be accomplished by the Indians to close the gap.

Methods to Marry Asian Bride – How to Get the Best Marriage

Tips For Shopping For Gorgeous Brides Pertaining to Marriage