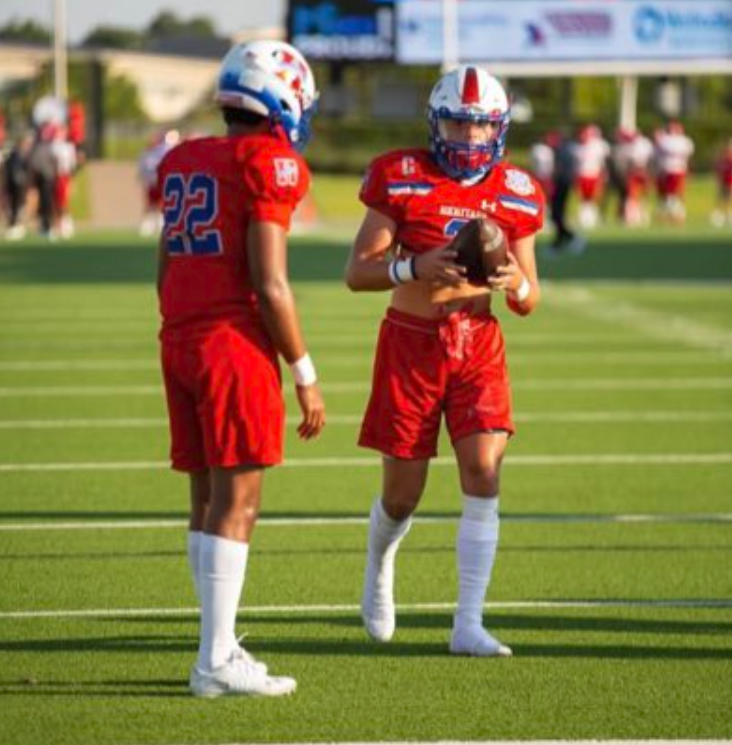 In just five years of existence, Midlothian Heritage has proven to be one of the most dominant forces in all of 4A.

They’re first three seasons all consisted of double-digit wins. Last year, only nine wins but they reached the state quarterfinals falling to eventual champion, Carthage. In those five years, they hold an astonishing record of 46-10.

In 2020, they have a 3-0 record as they sit atop the district with powerhouse La Vega. Their most recent victim, the now 1-2 Decatur Eagles.

Heritage won the game 28-25 with some key defensive stops down the line. The herp of the day though was none other than their leading rusher, Cullen Stone.

“You know I give all the credit to my guys up front coming in the clutch at the end of a great game like that,” Stone said.

Stone on the evening had 164 yards and a touchdown run on just 18 carries in the win. Stone came into 2020 as the Jaguars leading rusher from last season with 883 yards and 12 touchdowns on the ground. He’s started off 2020 with a bang as he and Heritage are 3-0.

“We just want to be 1-0 after every week and we stick to our game plan and do what we do. Good things will come for us,” Stone said.

Heritage has gotten off to its best start since 2018 when they started the season 4-0. Last year at this point they sat at 1-2. Stone expects them to reach their peak form in 2020.

“They can expect us to be the hardest working and best-coached team on the field whoever we play,” Stone said.

Cullen Stone and the Heritage Jaguars are on a mission in 2020. Next up on their list are the 2-1 Paris Wildcats. After a 2-0 start, they fell by 28 to 4A powerhouse Pleasant Grove.

“I love all the fans that come and support us. I know they mean a lot to my team and I. I’d say I love this team more than anything and we will produce for them,” Stone said.