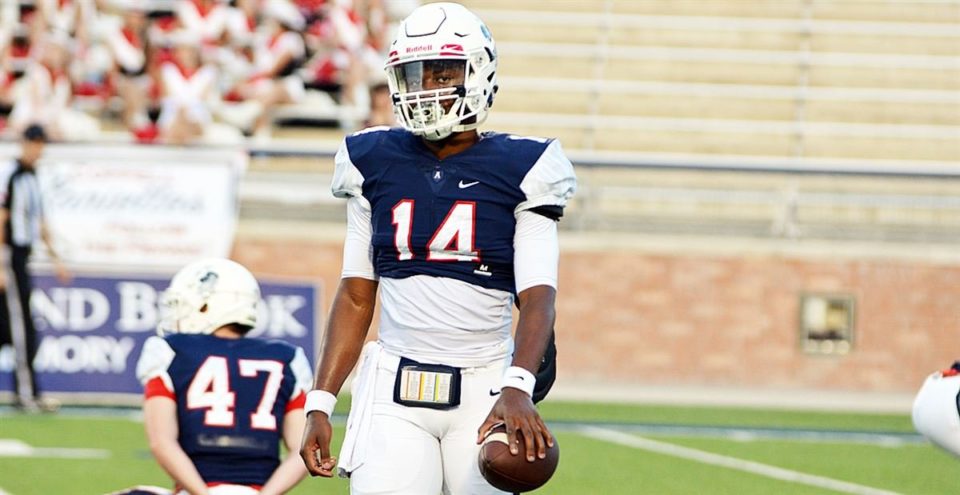 When the Allen Eagles are rolling, it’s best to move out of the way. Prosper learned that the hard way as they were demolished 54-24.

Allen already had a stronghold on the district, but a statement win over previously 7-1 Prosper proves just how dominant they are. The Old Coach’s Nick Walters was in-house to capture the action.

Allen dominated early taking a 19-0 lead at the end of the first quarter.

RB Celdon Manning scored first for the Eagles, hitting from two-yards out within the first three minutes of the game. A field goal and a Grant Tisdaletouchdown on the ensuing drives helped the Eagles to a quick start.

Allen’s defense did their part, forcing consecutive punts, then getting points of their own with a safety to close out the first quarter.

It was more of the same in the second quarter as Tisdale, an Ole Miss commit, ran in his second touchdown of the game with 11 minutes left in the half.

Prosper wasn’t going to go down easy, scoring on the ensuing possession to stay within three scores, 27-7.

Allen bounced right back, adding two more touchdowns before the half. Cameron Overton ran in a touchdown of his own, and Tisdale showed off his arm, hitting Bryson Green for a 22-yard touchdown.

It wasn’t a perfect quarter for Allen, as Tisdale was picked off, leading to a Prosper touchdown for a halftime score of 40-14. With 24 minutes still remaining, this game was already all but finished.

With Tisdale’s third rushing touchdown, and fourth overall on the night, to open the half, Allen’s offensive starters were pulled midway through the third quarter.

Prosper did their best to avoid a blowout but couldn’t overcome Allen’s hard-nosed defense.

With the win, Allen officially clinches another district title and remains undefeated on the season. With a playoff spot and district title clinched, the Eagles head into their season finale against Plano East with their heads held high.

For Prosper, the loss places them into a three-way tie with Plano and Plano East for second place in the district. Prosper can break the tie next week as they face off against Plano in their season finale. A win would secure a playoff spot and potentially runner-up in the district, while a loss could put them in danger of missing the postseason all together.

With more than bragging rights on the line next week, Prosper will need to bounce back from tonight’s loss if they want to extend their season.