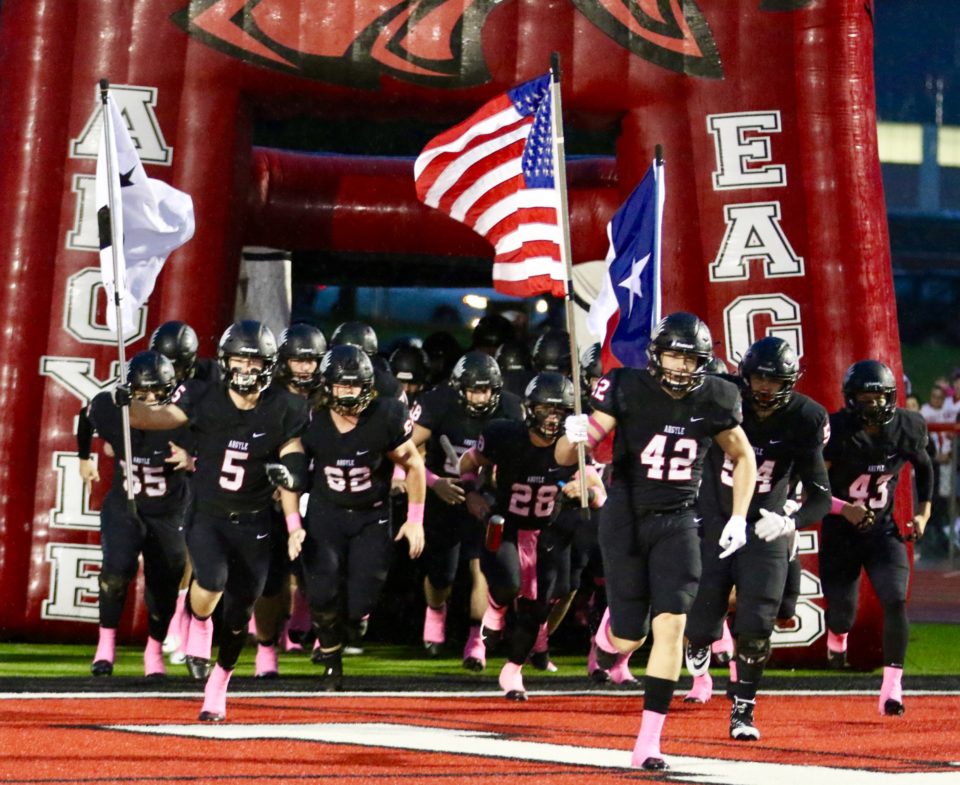 With a population of 4,100 as recorded in 2017, the town of Argyle, Texas is not exactly what you’d call big. However, there is one thing “big” about the town of Argyle: their juggernaut of a high school sports program.

Argyle has been one of the most consistently dominant programs in all of Texas, in any sport, for the better half of the last quarter-century.

The boys basketball team is 230-64 over that same stretch with a state championship in 2012.

The girls basketball team has won an unprecedented five state championships in a row.

You name the sport, and chances are the Argyle Eagles are dominant in it. So how is it that a small town such as Argyle with less than 5,000 people remains such a dominant force in the world that is Texas high school sports year after year?

Argyle is a town in Denton County located eight miles south of the central hub of Denton which has a population of over 100,000. As is natural with most any town or city in Texas, Argyle has seen its own bump in terms of population with a population increase of 38% from 2000 to 2010.

Yet, Argyle hasn’t nearly grown over the years as much as other big city suburbs. They’ve been able to keep that small town mindset which makes the town’s inhabitants that much more passionate about the high school sports program.

One state title doesn’t do the program justice as Argyle has consistently been one of the most feared programs in all of 3A from 2004 to their state title victory and perfect 16-0 record in 2013.

A combined record of 111-25 over those years screams of a team that no one would ever want to step on the field with. It all came together in 2013 when the Eagles completed an astonishing 16-0 season capping it off with a Texas State Championship.

During that run they outscored opponents by almost 600 points combined for the course of the year; that’s essentially scoring more than seven touchdowns a game while allowing less than two.

But with the influx of people moving to Texas over the years, Argyle had a small problem. While they were still relatively a very small town, especially in comparison to its neighbors, Argyle High School had still grown enough, just enough, to qualify for the next division up: 4A.

With this transition in divisions, Argyle would be competing against bigger schools and likely more competition. The 2014 season saw Argyle play a plethora of teams they hadn’t the year prior such as Denison, Pinkston and Sanger.

The outcome? The same.

Argyle finished the regular season perfect again 10-0, no problem for these Eagles.

Argyle was seven points away from repeating as State champions, one in 3A and one in 4A. An impressive feat for any school, but for Argyle? Legendary.

When you succeed in a small town you’re a hero.

Cut straight from a Marvel comic.

Every single person where you are knows who you are and the feat that you just accomplished. Big city markets care about their sports programs too, but it’s nothing like the pure passion and drive that small town folks have for their teams.

It’s not just football that holds the attention of the Argyle faithful though. Baseball has been just as, if not more, dominant than the football program.

Baseball might be the meat and potatoes of the high school as head coach Ricky Griffin has anchored a lethal lineup on the baseball diamond year in and year out.

You would think that the move from 3A to 4A would potentially hinder a small school’s chance at competing for state titles, for Argyle, it had the opposite effect. The baseball team has compiled three state championships since 2015 including back to back titles in the past two years.

The past two championship seasons has been one of the greatest runs in high school baseball in not only Texas, but across the country.

Two seasons, two state championships. 79 games played, 77 wins, one loss and one draw. They are currently ranked number one in the state and number four nationally.

In those 79 games, 34 of them have been shutouts which means over the past two seasons there was a 43% chance that Argyle was going to pitch a shutout. Over the past two years, Argyle has the same odds of shutting an opponent out as Steph Curry has at making a three point shot.

It doesn’t stop there however as both the boys and girls basketball teams are some of the top teams that the state has to offer.

What is there to say about the girls basketball program that you can’t just look up on your own?

A dynasty that would make even the New England Patriots jealous. A truly unprecedented feat for a sport that doesn’t really get enough attention. Not even the team we associate with greatness in the sport, the UCONN Huskies, have been as dominant as the Argyle Eagles over a five year period.

The boys’ program isn’t something to slouch over either. With 230 victories since 2010 and a state championship in 2012 to their name, Argyle has proven that it has built a winning culture across all programs, one which schools all across America would kill to have.

There is no stopping this well-oiled machine anytime soon. Will there be years where they might not win state championships? Absolutely. Will the girls basketball program fall short one of these years? Maybe.

But one thing that will always remain consistent. No matter what the year or sport, Argyle will be right there until the very end.