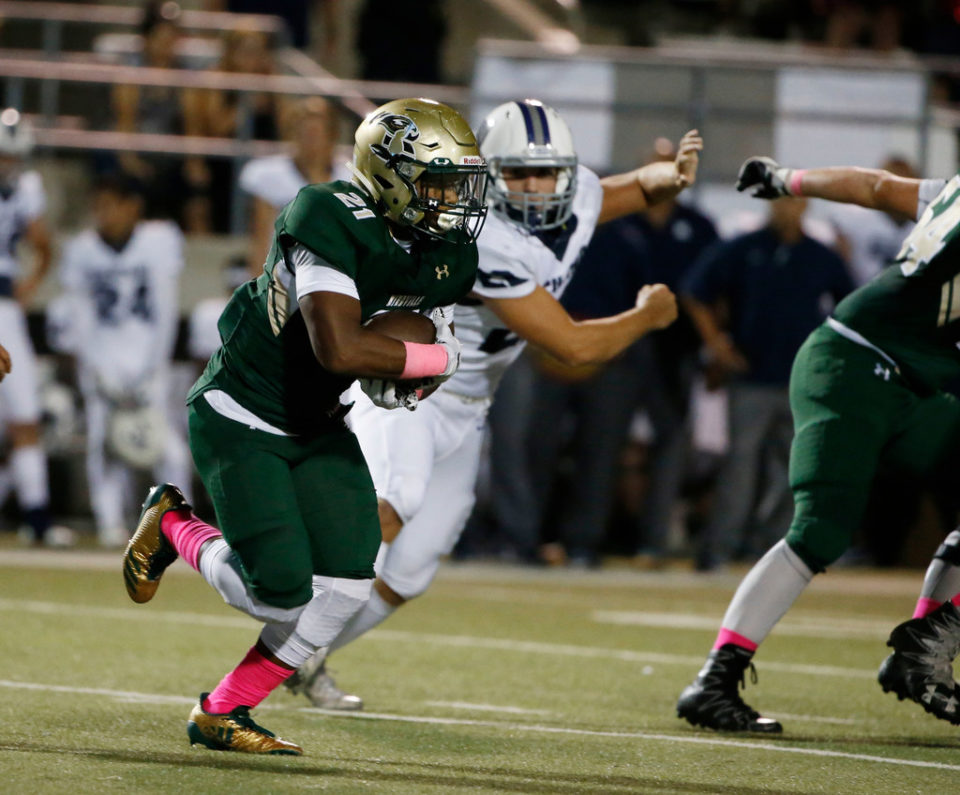 The teams were evenly matched and in a weekend of blowouts and uneven final scores, it took overtime for Birdville to come out on top.

The Hawks struck first, midway through the first quarter as Mixon punched it in from ten yards out to take a 7-0 lead. Both defenses came to play and after an early interception, the Mustangs could get points on the board in the final seconds of the quarter. QB Cade Rhoades found Seth Texada for a 46-yard touchdown to tie the game 7-7 at the end of the first quarter.

The back and forth continued into the second quarter as both teams marched up and down the field, but coming up short of establishing a lead. Finally, the Hawks had a break through as Mixon came up big once again, toting a screen 42 yards to put Birdville up 14-7 at halftime.

Coming out of the break, it seemed the Mustangs made necessary halftime adjustments, striking early with a 75-yard touchdown pass to David Claytonto tie it back up. The defenses locked down once again and both teams were locked in a tie until, with 1:34 left, QB Stone Earle gave Birdville the lead with a seven-yard pass to Cade Shaffer for a 21-14 score at the end of the third quarter.

Looking to exact revenge on their regular season loss, Grapevine needed a tie. In desperation, the Mustangs turned to their most reliable duo, as Rhoades found Clayton once again, this time from ten yards out, to send the game to overtime.

Birdville got the ball first and capitalized as Mixon punched it in from two yards out. It all came down to the Grapevine offense, who needed a touchdown, but the pressure proved too much as the Mustangs fumbled the ball ending their hopes and sending Birdville to the quarterfinals.

The Hawks now look forward to a matchup with undefeated Denton Ryan. The two teams have met up previously, in the final game of the regular season, which the Raiders dominated 49-28. A lot can change in a month and Birdville will have to bring their all If they want to advance.