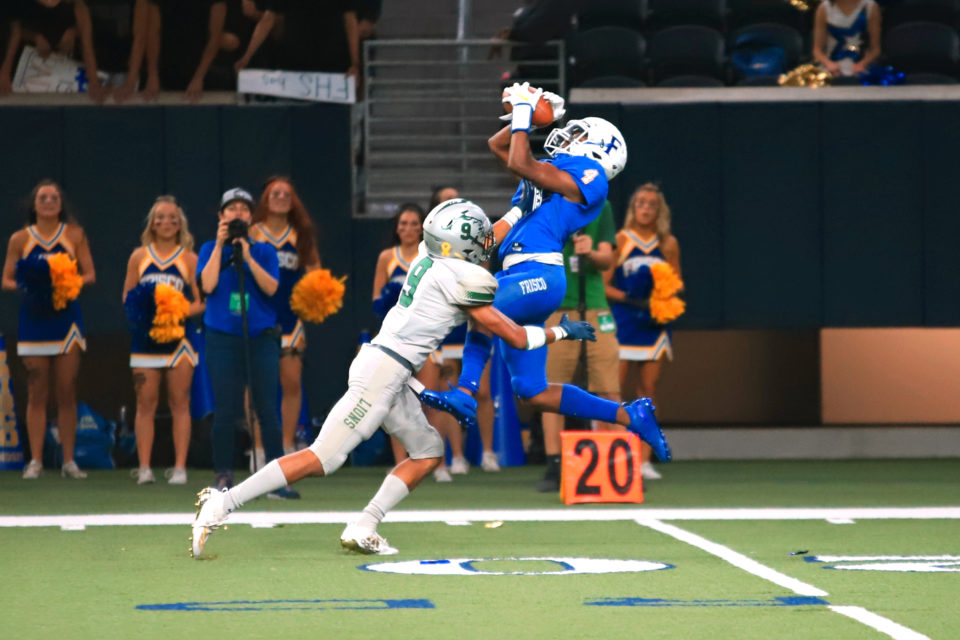 One of the best players in the DFW area officially shut down his recruitment yesterday. Frisco’s versatile star, Chase Lowery, announced his commitment to Arkansas via his twitter.

Lowery named his top-8 via his twitter at the end of June. Those schools fighting for the elite corner were Arkansas, Memphis, Michigan State, Oregon State, Pittsburgh, Purdue, San Diego State, and Texas Tech Now, he’s officially a Razorback.

Arkansas in Lowery lands its 13th commit for the 2021 class. This propels them to the 32nd ranked class in the nation via 247Sports. Good enough for ninth in the SEC at this moment. The Razorbacks now have four Texans in that 2021 class. Lowery joins offensive tackle Cole Carson (Rivercrest) quarterback Lucas Coley (Cornerstone Christian) and wide receiver Jaedon Wilson (DeSoto.)

Lowery himself is one of the most elite, versatile players in all of Texas. Playing cornerback as well as wide receiver Lowery did it all for the 11-2 Raccoons this past year. On defense, which is likely what he’ll play at Arkansas, he recorded 48 tackles, with eight passes broken up, a forced fumble, and four interceptions. On offense, he accounted for nearly 60% of the Frisco passing offense. He hauled in 34 catches for 758 yards and seven touchdowns.

Overall, Lowery scored 11 touchdowns this past year. Seven receiving, one interception return, one kickoff return, and a pair of punt returns.

Arkansas has four Texans in their 2021 class, they have more players from the lone star state than any other state for that class. In Chase Lowery, Arkansas is getting an incredible prospect. A guy who can do everything on the field from catching passes to breaking them up, to special teams. Lowery excels in all facets of the game.

Razorbacks fans are getting a special young talent and even better kid.