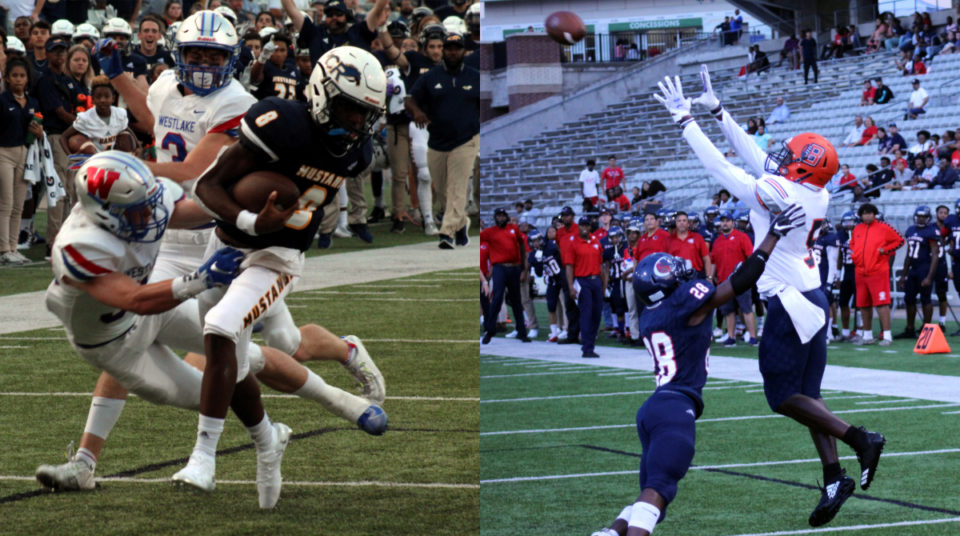 Students around Cy-Fair ISD have been waiting for this game since last year. It’s finally here and living up to the hype.

The Bridgeland Bears will take on cross-town rival Cy Ranch as both teams look to extend on winning streaks.

Bridgeland has stormed out of the gate this season, as they’ve gone 3-0 thus far. They’ll get their first big opponent in an experienced Cy Ranch team. The offense has been rolling and is showing no signs of stopping. Quarterback Conner Weigman is at the helm, and he’s thrown for 700 yards and 10 touchdowns through three games. Wide receiver Dylan Goffney leads a solid receiver core with 428 yards six touchdowns off of just 16 receptions. Defensively, linebacker Charlie Moore is coming off a great game against Cy-Springs, coming into this game with four and a half tackles for loss. The defense will have a lot on their plates with a strong running back in Willie Eldridge getting carries.

Cy Ranch gets their fair share of points on the ground, with running back Willie Eldridge rushing for 272 yards and three touchdowns thus far. Quarterback D.J. Ciers, who’s been filling in for the injured Logan McDougald, is coming a four-touchdown first half against Langham Creek last week. Expect the Mustangs to run up the scoreboard, and give Willie Eldrige lots of carries all night long.

Cy Ranch took home the win in last year’s contest 52-10, the first meeting between the two teams. Part two kicks off at Cy-Fair FCU Stadium on September 21, at 6:00 p.m.