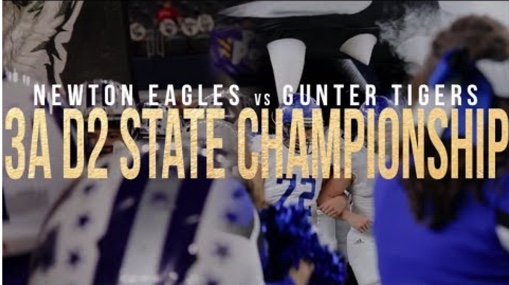 This 3A D2 battle was a tight, close contested one for the first three quarters of play as the two sides with similar styles tried to gain the upper hand. The fourth quarter saw the Eagles with a four point advantage to start but that lead quickly bubbled to a 24 point insurmountable by quarter’s end, shutting down the Gunter offense. The Newton Eagles soared to a state championship win over Gunter with incredible performances on both sides of the ball.