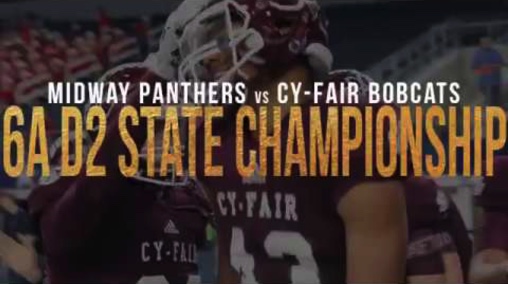 TOO LITTLE TOO LATE

Cy-Fair were seen as heavy underdogs by many in their title game against the prolific Waco Midway offense. That offense that was prophesied to have a field day on the Bobcats was stifled by a relentless pursuit by all 11 on the defense. Cy-Fair created havoc with turnover after turnover and sack after sack with Waco Midway looking dumbfounded for the first three quarters of play. The offense of the Panthers found their footing in the fourth quarter putting up 4 touchdowns to cut it close but an onsides return for a touchdown sealed their fate as it was too little too late.