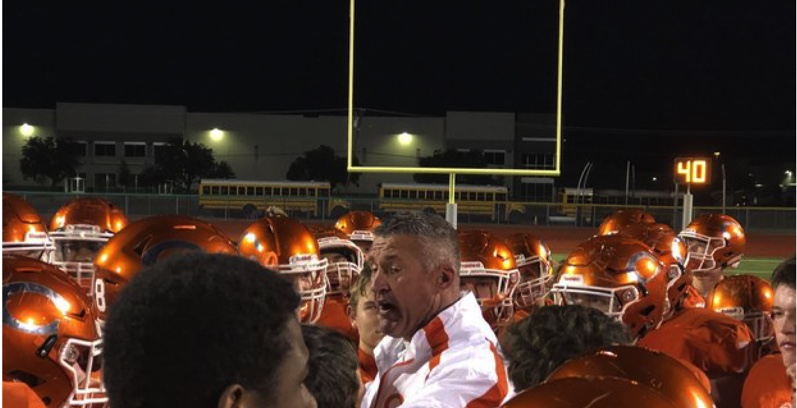 The Celina Bobcats defeated the Wilmer-Hutchins Eagles 35-34, after trailing 34-21 with 8 minutes to go.

Quarterback Hunter Watson would ﬁnd Noah Ross streaking behind the Wilmer-Hutchins secondary for a 44 yard touchdown with 2:21 left to tie the game at 34. The extra point would put the Bobcats ahead. Wilmer-Hutchins staged a comeback but fell short at midﬁeld after 2 big plays by the Celina defense as well as 2 back breaking penalties. Watson was 17-24 passing for 198 yards and three touchdowns. Bryan Sutherland was on the receiving end of his ﬁrst score, which was a 12 score on a post corner route. Running back Logan Point would take a swing pass from Watson into the end zone from 9 yards out on his second scoring toss, which made the game 34-28. Point led the Bobcats on the ground with 153 yards rushing and two touchdowns. To go with his game winning reception, Ross would end the night with 7 receptions for 108 yards.

Wilmer-Hutchins quarterback Kyle Douglas Jr. had a big hand in all 5 of the Eagles touchdowns. He was 27-49 passing for 401 yards and 4 touchdowns through the air and also had a 16 yard scoring run that put the Eagles up 34-21. Douglas and the Eagles opened up the scoring on their ﬁrst offensive play of the game when he would ﬁnd Keondre McKnight on a go route for a 62 yard score. Douglas and running back Kiedric Chancellor would hook up for an 18 yard score on the Eagles’ next drive and McKnight would also be on the receiving end of a 33 yard scoring toss from Douglas right before halftime. A 42 yard pass to Bontay Duncan down the seam would round out the scoring for Douglas and the Eagles through the air. McKnight would ﬁnish the night with 10 receptions for 176 yards and sophomore Jalin Moore would pitch in with 9 receptions for 122 yards.

The Celina Bobcat football program has now won a playoff game in 24 of it’s last 25 years. Their opponent in next week’s area round will be the winner of the Stephenville/Fort Worth Dunbar match up, which takes place on Friday evening at 7:30 in Granbury.