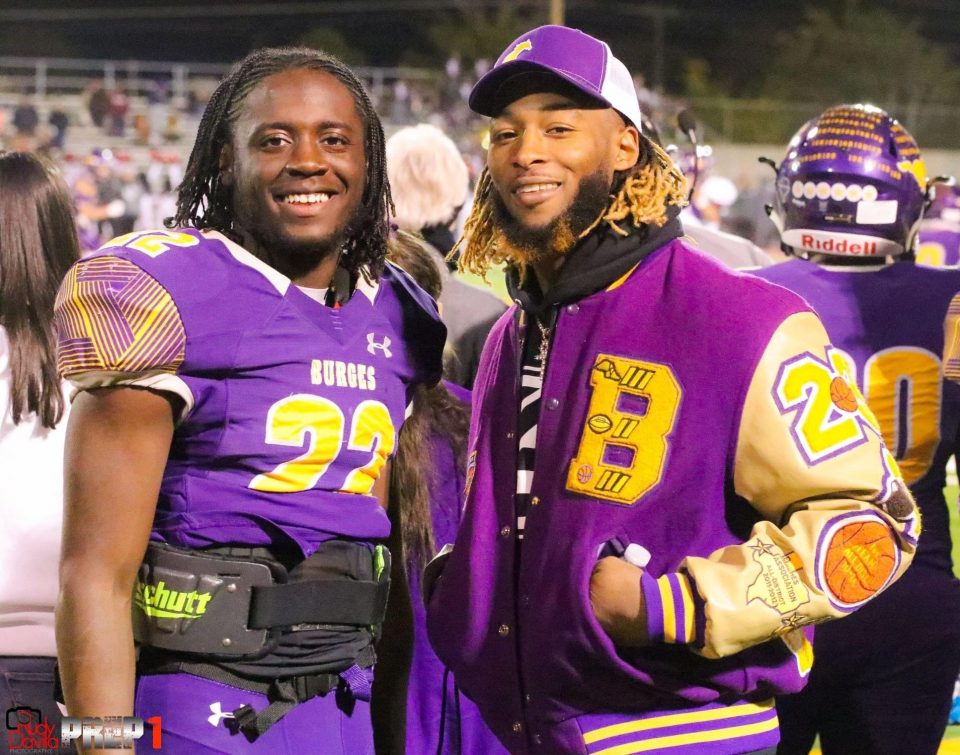 Seven years ago a little known 5’11 175-pound running back came out of Burges High School in El Paso, Texas. He was a three-star recruit who ultimately committed to UTEP. He kept getting better and by his senior season he had run for nearly 1,800 yards with 20 total touchdowns.

That former Burges Mustang is now a starting running back in the NFL. A starter who last season broke out for 1,084 rushing yards, 474 receiving yards and led the NFL with 16 rushing touchdowns. That man? Green Bay Packers star, Aaron Jones. As jones was tearing it up in the NFL, Burges had an enthralling season of their own. They went 9-3, their most wins in a season since 2012, and made it to the 5AD2 area round of the state playoffs. The star player? Running back, Tavorus Jones.

Tavorus Jones last season as a sophomore had an electrifying season. He ran for 1,134 yards on just 116 carries for 15 touchdowns. He also added 33 catches for 498 yards and five more touchdowns.

“I think my personal success really does come from a lot of the early mornings going to go run or work out,” Jones said.

This time, people don’t want to lose out on the next great West Texas running back. Jones has already picked up offers from Texas, SMU, Kansas, Arizona State, and most notably Alabama.

“It really means a lot because I grew up watching a lot of college football and after they offered me I was very excited and didn’t believe it at first,” Jones explained.

This past week the UIL announced that starting June 8, they were going to allow on-campus workouts. The move is instrumental in terms of bringing football back to Texas by September.

“When I first saw that UIL was going to allow campus workouts I was super happy to hear that and had to see if my teammates knew that so I posted it on my Instagram story,” Jones said.

With Aaron Jones seven years ago, Burges was called home by one of the best and most dynamic playmakers in the NFL. Now, with Tavorus, it looks like Burges has their next superstar.

The Mustangs still have two more seasons with this Jones so the sky is truly the limit for the El Paso based high school. When asked what the goal is for the future of Burges, Jones said the following.

“The goal for us has always been the same and that’s to be better than we were last year and get as far as we can go.”