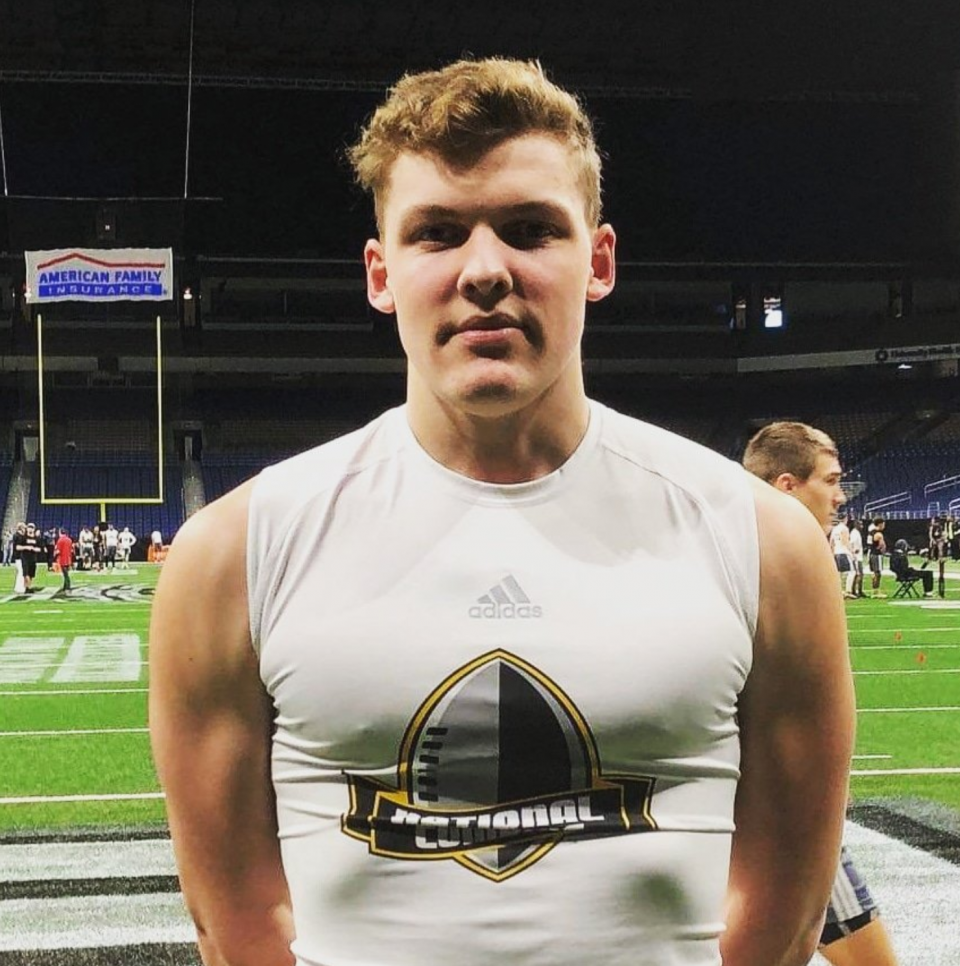 What if I told you that there was an 18-year-old quarterback who measures 6’6 and 235 pounds. What if I also told you that that kid has 11-inch hands, a 4.7 40-yard dash and a 38-inch vertical. That vertical jump would be the best among all quarterbacks who tested at the NFL combine since Robert Griffin III in 2012.

He’s the quarterback prospect that has people drooling. A young kid with all the measurables and still time to grow. An elite athlete who when he plays looks like a giant compared to his peers. Meet, Alexander Honig.

If you’ve never heard of Honig it’s probably because he doesn’t play High School football in Texas. He doesn’t even play in the United States. Honig hails from a place where Futbol is more common than football, the home of the 2014 World Cup Champions, Germany.

“The first time I played quarterback was when I was 12 or so. I immediately fell in love with the position,” Honig said.

The idea of foreign-born players in the NFL is slowly becoming more and more of a reality. For example, there are currently six punters in the NFL who were all born in Australia. Three players currently in the NFL call Germany their home Including tight end Moritz Böhringer who famously in 2016 became the first European player to be drafted without playing college football.

In terms of foreign quarterbacks though? That’s an even more barren list. The aforementioned Robert Griffin III was born in Japan, but shortly after moved to Texas and he himself is not of Japanese descent. Brett Rypien of the Denver Broncos is part Canadian, and that’s the end of the list. The only two current NFL quarterbacks who were either born in another country or hold nationality in another country.

Alexander Honig is truly trying to take the road less traveled. The thing is, he has the measurables and the talent to absolutely break the mold.

“It is way different than football in the US. You will find kids that are good enough to compete with players in the states but the level of it is not that high. So talent in the states is broader,” Honig said on what it’s like playing football overseas.

If Honig’s measurables sounded like music to your ears, you’re not alone. Honig received offers from Massachusetts, Baylor, and TCU before ultimately committing to be the next quarterback at TCU. Just a year prior, Luke Wentz, a fellow German, became the first European quarterback to earn a football scholarship when he signed with Virginia. Honig now becomes the second to do so.

“I love everything about TCU. I really enjoyed getting coached by OC Coach Cumbie at the camp in July. On top of that, I loved the whole atmosphere, coaching staff, and facilities. So it was a combination of a couple of things,” Honig said on his commitment decision.

Honig and Wentz are both breaking down the barriers for foreign-born quarterbacks and athletes. The beautiful game of football is changing each and every day. The game is becoming more globalized each and every year and with that kids now from all across the globe are getting dreams of becoming a star football player. Honig and Wentz are trailblazers for all kids outside the USA who want to make it.

Before COVID-19 shut down America, Honig traveled to New Orleans to compete in the Rivals Camp series. The result, he was sent back to Germany with an MVP trophy in his possession. The German gunslinger still has one more year overseas before he becomes a Horned Frog for good. He has a set of goals he would like to accomplish before that time comes.

“I would love to have a good final season over here in Germany if it will take place. Personally, I want to get on the best level athletically and as a QB as possible. I want to be as ready as possible when I enroll at TCU,” Honig explained.

The whole country of Germany, as well as every football scout, will have their eyes on Alexander Honig these next few years. If he’s a success, it’ll swing the doors wide open for kids all over the globe. With this kid’s athleticism, ability, and mindset, the world is his oyster.

“I am a hard worker and will do everything I can to represent international football well. For me it is not just about me but also the other international kids coming after me,” Honig said.

The “WAIT IS OVER” Prep1 Apparel is Here