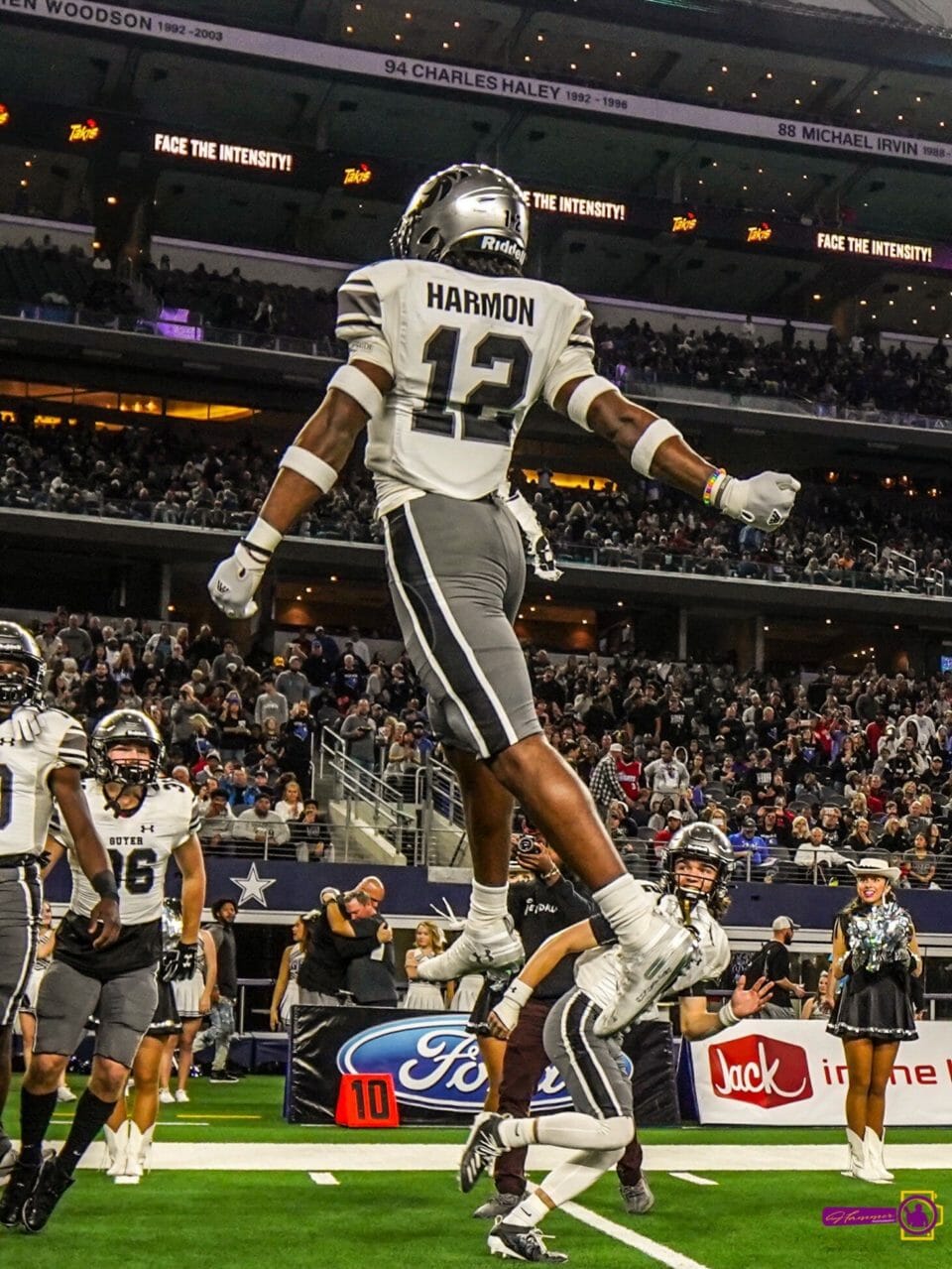 Denton Guyer in 2019 lived a dream season. They had one of the best 1-2 punches in the country with Eli Stowers and Kaedric Cobbs. They recovered multiple onside kicks after being down 41-14 in the playoffs against Cedar Hill to come back and win 50-41. They rode that excitement all the way to the 6A D2 State Championship game.

With just over five minutes left in the first quarterback, the aforementioned Eli Stowers suffered a knee injury thus ending his day. Westlake pounced on the opportunity and shut out Guyer to the tune of 24-0 to end the Wildcats dream season.

Now, Stowers has an injury to rehab, Kaedric Cobbs is off to UTSA and Rodney Webb becomes the new head coach for Guyer after leaving Rockwall. 2020 is set to be an interesting year for the Wildcats. The one constant that the Wildcats have going into 2020 is Deuce Harmon, one of the best defensive backs in the state of Texas.

Harmon is a four-star prospect according to the 247Sports Composite. He’s one of the key pieces who are returning for the Wildcats in 2020.

“Making it to State was a great experience, even though the ending wasn’t what I had in mind I still had a great time with my teammates and it was an experience I would never forget,” Harmon said.

Harmon last year shut down opposing wide receivers as a junior. He led the Wildcats in interceptions and passes defended with two and 10 respectively. He also forced a fumble and had 46 tackles on the season. At the end of the day, Harmon just wants to be the best.

“I just want to be the best I can be in everything I do, get college paid for, get a great education and hopefully fulfill my life dream and make it to the NFL,” Harmon said on what contributes to his success.

The 2021 cornerback already holds offers from Notre Dame, Texas A&M, Arkansas, Texas Tech and Oregon among others but looks to expand that list in his final year at Denton.

Harmon has proved the doubters wrong his entire life as he stands only 5’10” but has battled his way to be recognized as one of the best defensive backs in Texas. As a sophomore, he received defensive newcomer of the year.

Even with Harmon, Guyer will undoubtedly look different in 2020 than years prior. Guyer loses its top rusher in Kaedric Cobbs who had over 2,600 rushing yards and 42 touchdowns on the ground last season. Every player who had more than 10 catches last season was also a senior.

Guyer also joins a new district in district 5-6A which also includes Denton Braswell, Allen, Prosper, Mckinney, Mckinney Boyd, and Little Elm. The latter two being the only two among the new division to not make the playoffs last season.

Guyer also will have a brand new head coach in 2020 as former Rockwall head coach Rodney Webb takes over the helm in Denton.

“I can’t say a lot because I don’t know much about him, but what I can say is that I am excited and ready to get back to work!” Harmon said on his new coach.

Webb last year with Rockwall led one of the most explosive offenses in Texas to a 12-3 record and a state semifinals appearance in 6A D1. The news comes after the former coach, John Walsh’s resignation.

Guyer has an uphill battle to reach the state championship game once again. But with Stowers returning as the quarterback and Deuce Harmon leading the charge on defense, anything is possible.

“We just have to do the same thing as last year but work harder,” Harmon said.

No matter what the future holds for Guyer, one thing for certain is that you should never count Harmon out. He’s hungry to prove himself the best of the best no matter what. He’s always looking to improve. When asked about what his future holds Harmon said the following.

“Be a better player than I am today and become a student of the game.”