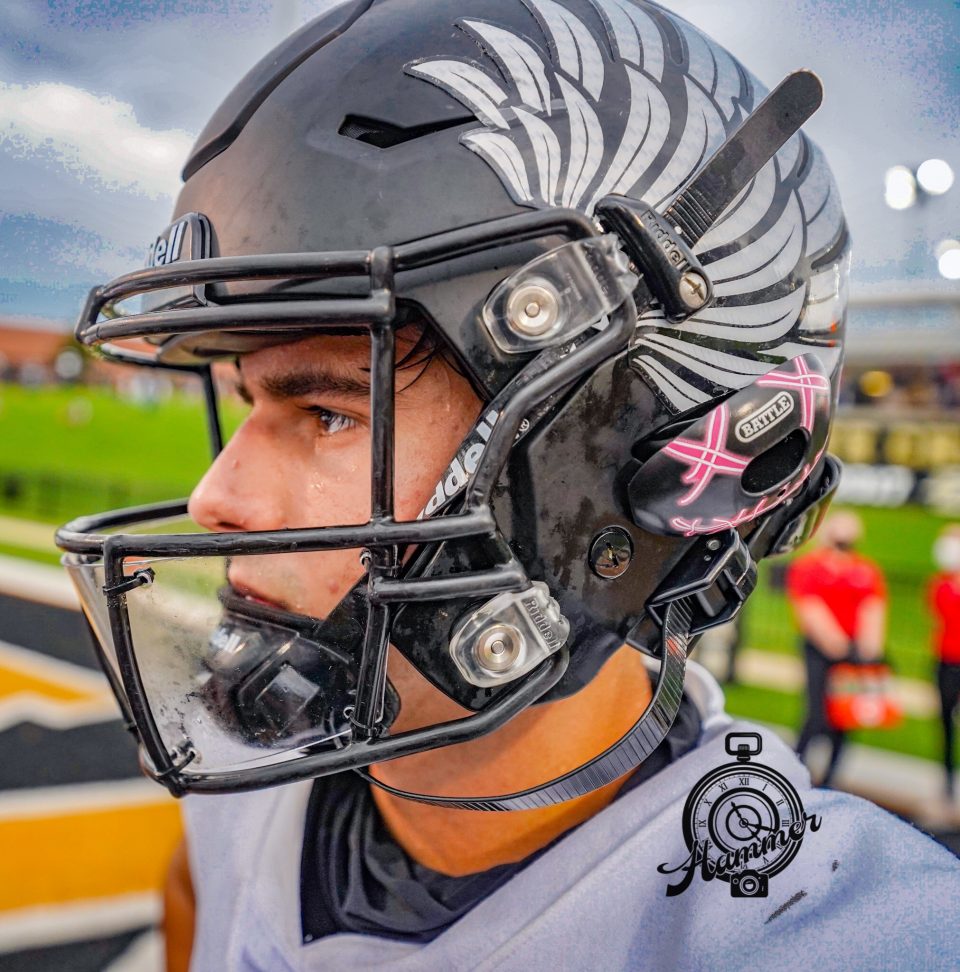 One of the most consistent teams in all of Texas, regardless of sports year in and year out, are the Argyle Eagles.

While they haven’t won a football championship since 2013, they’ve been in the running for one every year since. Since they’re first state title they have a wildly impressive record of 78-7. Most every year they register a perfect regular season, more often than not they’re making a deep playoff run.

This year is no different.

With the graduation of star quarterback Bo Hodgeboom, enters his replacement, CJ Rogers. Along with one of the best running backs in the state, Tito Byce, have the potential to be one of the most lethal offenses in the state. That potential was on full display Friday night.

In a showcase of 4A heavyweights, D1’s Argyle took the field against D2’s reigning state champion and one of the best defenses around in Pleasant Grove. The result was a back and forth shootout ending in a 52-41 Argyle victory.

Even more impressive was that they did it without their lead running back Tito Byce. This was the CJ Rogers show.

“I give all the credit to the big boys upfront and the dudes catching the ball. It’s pretty fun when you’ve got lots of weapons and a great O-line,” Rogers said.

Rogers on just 13 completions threw for 280 yards and five touchdowns without an interception.  For the season he’s completed 25 of his 39 passes for 489 yards with 10 touchdowns to no interceptions.

Argyle with the win, like every year prior, is starting out the year 2-0. Argyle has now set a precedent for defeating state champions in week two. Last year, at Waco, they defeated the defending 4A D1 champions La Vega 49-35. This year they did it again, also on the road.

“It’s a great feeling. It’s really satisfying to know we’ve worked for this ever since the end of last season,” Rogers said on Argyle’s 2-0 start.

The regular season though hasn’t been the problem for Argyle. Four years ago they fell in the second round after a perfect regular season. Three years ago it was round three, two years ago and last year it was to La Vega in the quarterfinals.

“You can expect the same team you’ve seen the past two games every other game. We’re gonna do whatever it takes to win,” he said.

Argyle next week will head to Celina to face the 0-2 Bobcats who’ve had a rough start to their season. Expect to see the name CJ Rogers all season as this Argyle team looks poised for title number two.

Beyond The StatZ: feat. Malachi Flores