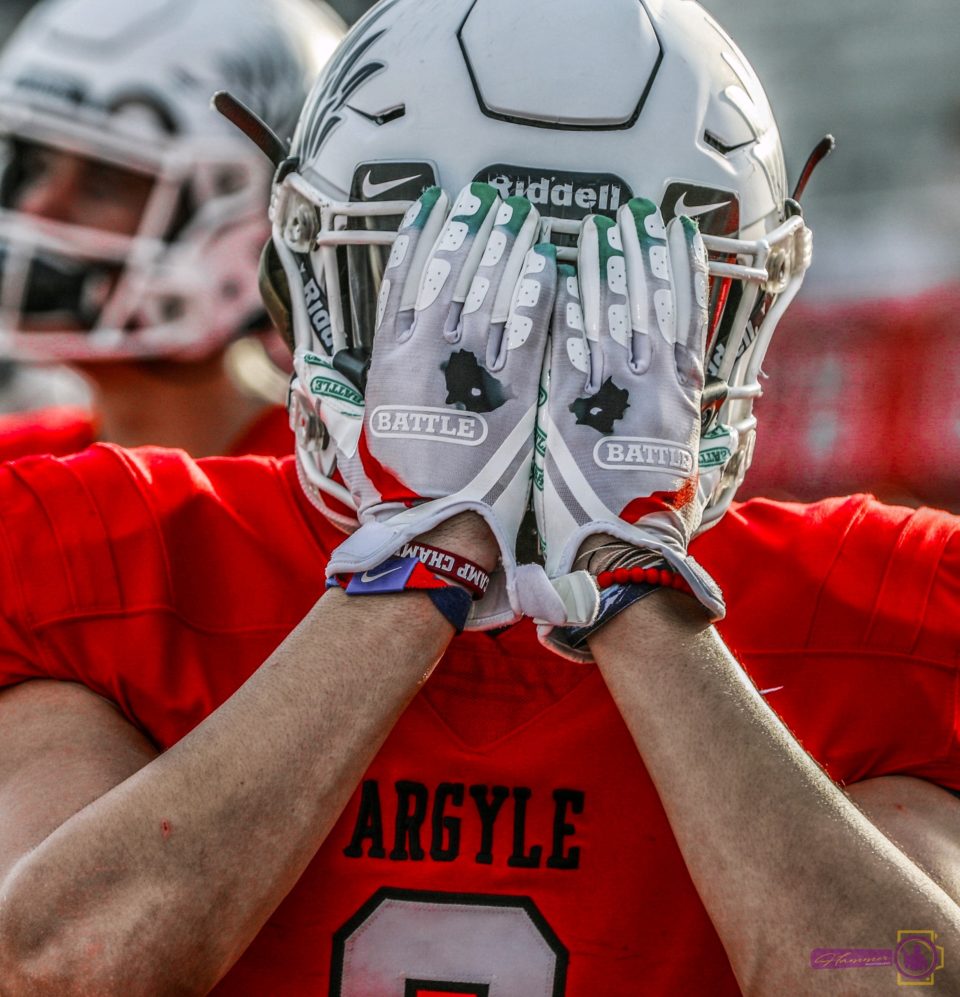 “We have a core group of guys that have played together since second grade. A ton of returning talented players. If we seniors lead our younger players to be accountable, work hard, and focus on being the best we can be by taking it one day at a time we will make it all the way. That’s been our goal since we were in second grade.”

Those are the words of Argyle’s senior running back and star, Tito Byce.

Argyle is home to one of the proudest and passionate football fan bases in all of Texas. Their Eagles give them something to cheer about every Friday Night during football season.

Argyle won a state championship (3A/D2) and finished the season a perfect 16-0 back in 2013. Since then they have a winning percentage of almost 92%. They’ve only lost one regular-season game in that span as well.

The past two seasons, however, they haven’t been able to get over the hump that is Waco La Vega.

In each of the past two seasons, they’ve defeated La Vega in the regular season. But, in the quarterfinals, they fall short to that same team they beat a few months back.

On September 6, 2019, Tito Byce had a career day, carrying the ball 43 times for 207 yards and three touchdowns en route to a 49-35 victory over reigning state champions La Vega.

They met in the playoffs just a few months later but Byce wasn’t able to repeat his performance.

On October 25, Byce suffered a season-ending knee injury in a 70-48 win over Melissa.

“My injury was not in the plan but it definitely has made me more focused on controlling what I can control,” Byce said. I’ve worked harder now than ever. I am ahead of schedule and have used this time to put on almost 20 pounds of muscle. I am stronger than I have ever been and am going to be ready to help my team any way they need me to”

Byce has been a workhorse ever since his sophomore season as an Eagle. In fourteen games he ran for 1,520 yards on over seven yards a carry with 26 rushing touchdowns.

In his junior season, Byce before his injury was on pace to put up similar numbers. Now, he looks forward to 2020 being his season as he hopes to lead the Eagles to the promised land once again.

“My parents have taught me to always work hard. They always told me to have big goals. I have the support of my teammates, my coaches and the community of Argyle,” Byce said on his success. “I am grateful for the guidance and support they give to me and my team. That foundation breeds success for all of us.”

Expect Byce to carry the rock more than he ever has this upcoming year. Byce’s main goal remains to carry the Eagles game in and game out until they’re state champions once again.

“Winning a state championship would mean everything to us. We have worked for that since we were in second grade,” Byce said. “It is always the end result we strive for. It would mean the world to all of us and to the city of Argyle. It would be an amazing feeling.”

Byce not only is the Eagles star running back, but he’s also a track star for Argyle.

As just a sophomore, Byce posted the second-fastest 100 meter dash time in the 2019 Track and Field season for Argyle, at 11.34 seconds.

“Track and Field makes us faster. It keeps us in shape in the offseason. It keeps us in a competitive mindset. Most of us are on the (football) team so that helps keep us as a strong unit,” Byce said.

Tito Byce has embodied what it means to be an Argyle Eagle throughout his tenure there. 2020 marks his last stand, and this king just needs his crown. That crown? A state championship.

“Winning a state championship would mean everything to us.”

Christian Marshall and the Wimberley Texans Believe 2020 is their year