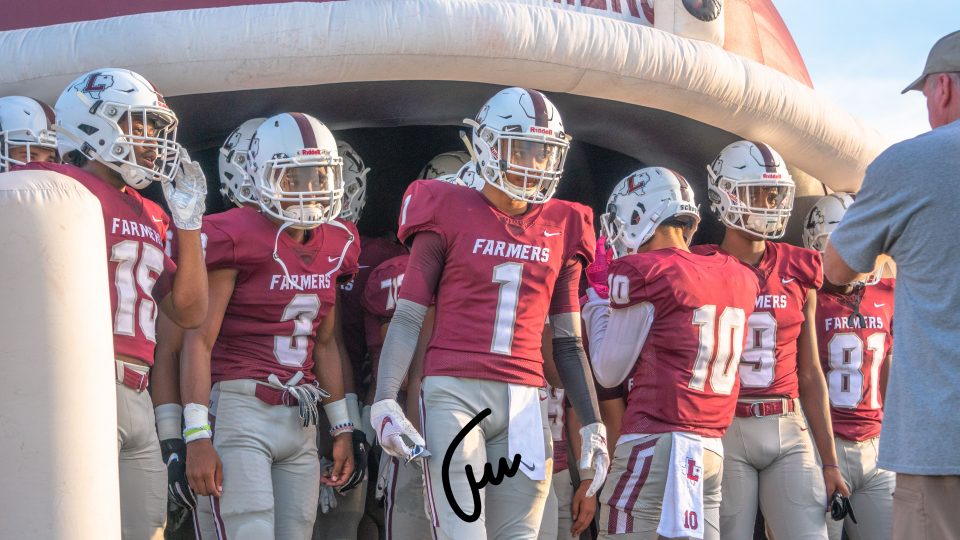 One of the best quarterbacks in the state of Texas has reached a decision. Lewisville’s signal-caller, Taylen Green, has decided that he will be attending Boise State University after his senior season.

The 6’5 215-pound quarterback transferred from Allen after his sophomore year and had a breakout year for Lewisville. Green threw for 2,217 yards for 25 touchdowns and only three interceptions. He ran for 12 more touchdowns and 445 yards while leading Lewisville to a 7-4 record and a first-round appearance in the 6A D1 playoffs.

“It’s always been a dream school of mine,” Green said. “with the iconic blue turf and I love the coaching staff there. Very straight to the point and open to anything. Also what made me choose Boise was their tradition and more importantly, We share the same team and individual values. They have a long history of developing players to.”

Taylen Green goes into his senior season as one of the best quarterbacks we have in the state. A true dual-threat with both size, speed, and a cannon for an arm. The Lewisville star may be going to Boise, Idaho but will always remember his roots here in Texas.

“Texas High School football means so much to me! All the hard work and camaraderie we build together, all to play for each other and the community!” Green emphatically said.

Taylen Green looks to follow in the footsteps of other Boise State quarterbacks Brett Rypien, Kellen Moore, and Jared Zabransky. Green is the fifth commit for the 2021 class of Boise State.

He joins South Oak Cliff linebacker Jai Jones as the second Texan to join that class. Via the 247Sports Composite Jones and Green are the two highest commits for that class as well.

Boise State is getting a good one.

The King of 3A Football: Dane Jentsch