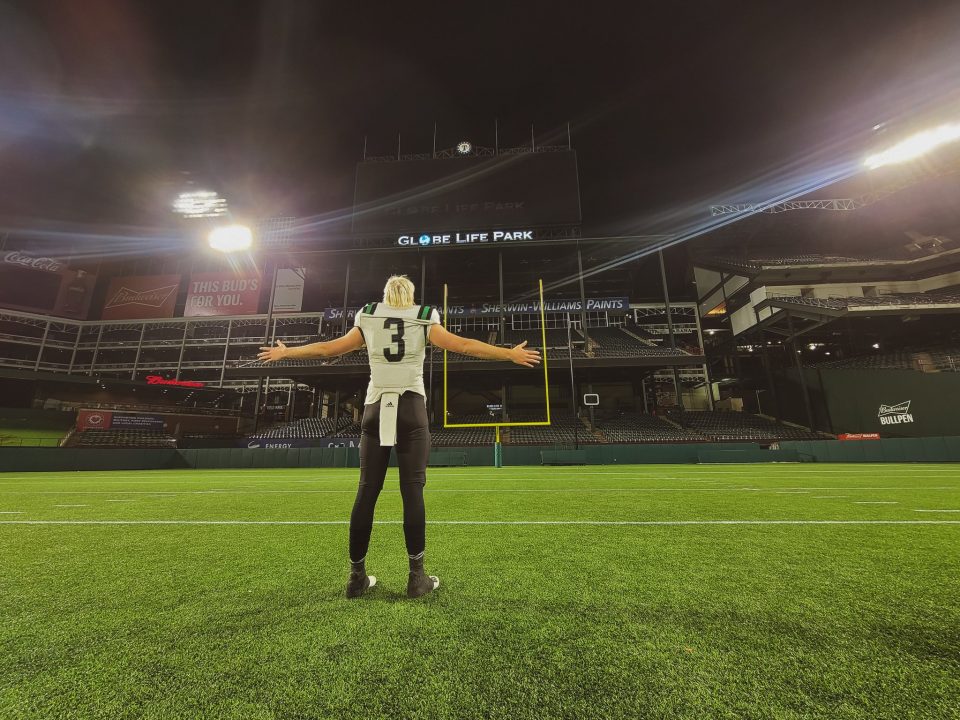 Southlake Carroll will move on to play the winner of Allen vs Trinity in the 6A DI region final.

Carroll had to hold off a ferocious comeback Attempt by Arlington Martin, who did not have a lead in this ballgame until the third quarter. Southlake Carroll came up with the ultimate stop on 4th down with :14 seconds to seal the game for the Dragons.

This game was very back and forth for much of it, with Martin running back Lenard Lemons returning a kick off for 102-yards to give Martin the lead just for Ewers to hit Landon Samson for a 26-yard touchdown on the first play of the next drive.

Ewers threw for three touchdowns and 256 yards. Ewers also had a deep connection with Brady Boyd (Minnesota signee). Boyd caught an 8-yard touchdown catch on a well thrown fade route by Ewers. Boyd seemed to be covered by Martin Athlete Javien Toviano most of the night, and overall did a nice job finding openings for his quarterback.

Defensive Back Parker Schnieders may have come up with one of the biggest plays in the game, intercepting Martin quarterback Zach Mundell in the end zone and Martin from taking the lead again in the game.

Carroll coach Riley Dodge also was able to sniff out multiple antics Coach Bob Wager tried to throw at him. Early on Martin faked running a field goal, Dodge called a timeout and did not get caught by it. The Drive ended with a Martin Field Goal. Later on Martin attempted a fake punt that ended nowhere, with Zach Mundell getting swarmed by Carroll defenders and a turnover on downs. Coach Dodge and his team also won the penalty battle, with Martin having 17 penalties for 168 yards compared to Carroll having 8 for 80 yards.

Martin was led by Javien Toviano, who accounted for 121 yards of offense and one touchdown, while also playing defensive back.