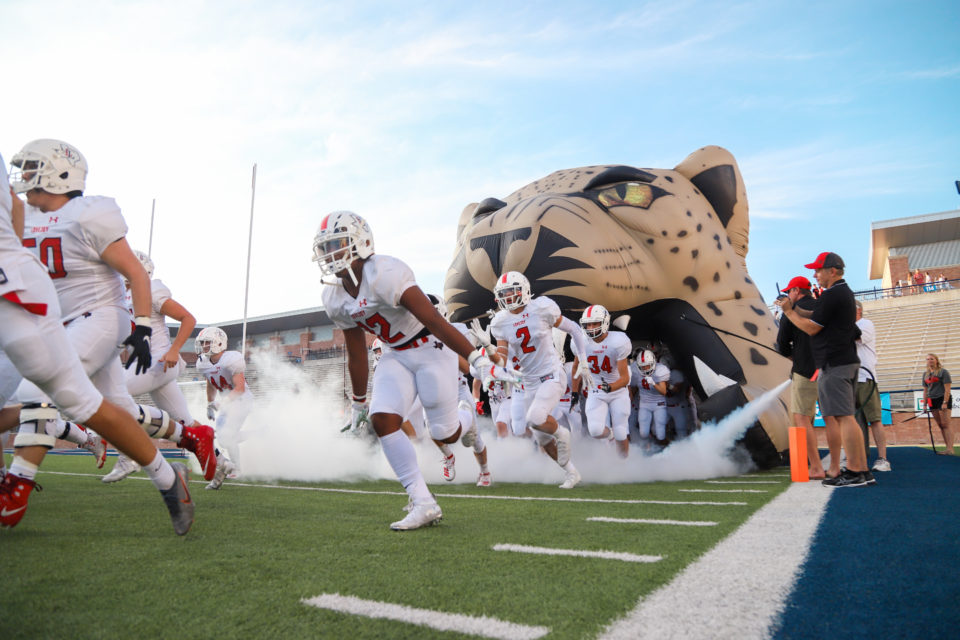 Lovejoy will advance to the 5A DII regional final against the winner or the Aledo vs Frisco matchup.

Lovejoy went down quickly in this game, a Timberview offense churning on all cylinders along with a fumble on a kickoff put the Leopards in a two touchdown hole before the end of the fist quarter.

Then Reid Westervelt turned it up. Westervelt would go on and catch five of his six touchdowns during the comeback effort. Lovejoy went on a 42-7 run and never looked back.

Westervelt finished with 213 yards on 11 catches. Receivers Luke Mayfield and Jaxson Lavender added touchdowns in the game as well. The Lovejoy receivers were able to use a multitude of double moves to catch the Timberview defense off guard.

Timberview was heavily lead by Quarterback Simeon Evans and running back Deuce Jones, who combined accounted for 579 of the 634 yards Timberview had in the game. Evans was a key reason for Timberview’s early success,

Lovejoy will advance to the 5A DII regional final against the winner or the Aledo vs Frisco matchup.