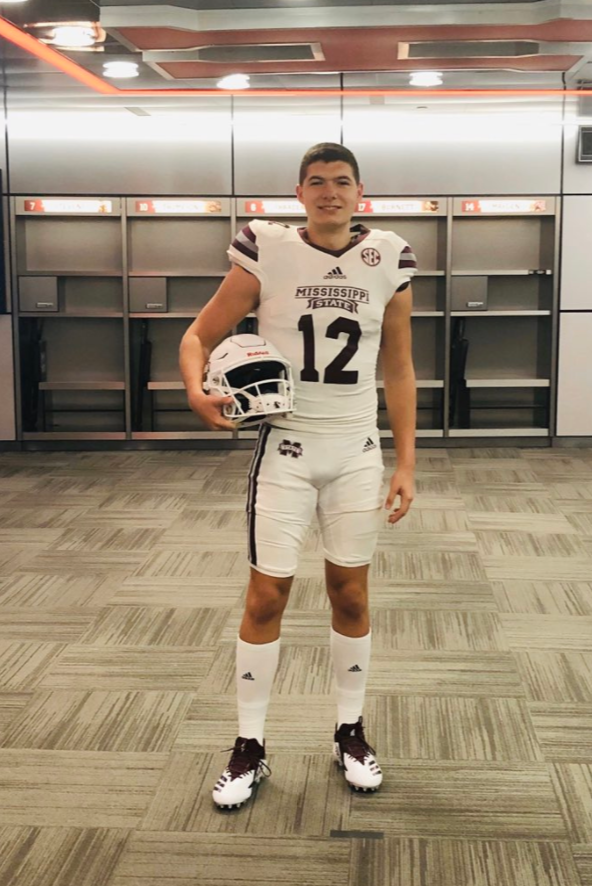 Argyle is one of the best sports towns in Texas.

The Argyle Eagles, are one of 4A’s most dominant programs with a rabid, loyal fanbase. Argyle’s football program is constantly in the playoffs making deep runs, and they have some of the best players in the state of Texas. This year, watch out for Tito Byce as he looks to have one last hurrah with the Eagles.

That’s not Argyle’s only prized jewel though. Liberty Christian, a TAPPS school, was established in 1983 but was moved to Argyle in 2005.

In 2018, Liberty Christian took a 6-4 regular season and made a run all the way to the TAPPS D1 semifinals. Now, in 2020 they want to finish the job. How? Star quarterback Daniel Greek.

Greek has been the starter for the Liberty Christian Warriors the past two seasons. He’s a three-star prospect via the 247Sports Composite. The 6’4 230-pound quarterback is ranked as the 146th best player in all of Texas for 2021 and the 34th best pro-style quarterback for that class as well.

“I would have no success without Jesus who gives me my mind and abilities. He deserves all the glory,” Greek said on his success. “My Dad has poured into my life and taught me how to be a man on and off the field. I also work very hard on my body and mind.”

Greek in two seasons has thrown for 4,100 yards and 37 touchdowns. After the Warriors 8-5 2018 season, Greek and company lost a lot of seniors going into 2019. Due to this, the Warriors took a step back finishing 3-7 in the regular season. They still made the playoffs though, and while they lost in round one it was a competitive one to eventual semifinalist Antonian Prep 27-22.

Greek followed up his 2019 by ending his recruitment and committing to Mike Leach and Mississippi State.

“I committed because I felt like it was the best fit for me. I know the coaching staff because they have recruited me since my sophomore year. I run an air-raid offense similar to that of Coach Leach. I also really loved the community when I got on campus,” the star quarterback said.

Mississippi State’s 2021 class ranks number 51 nationally via 247Sports. They have three Texans in their class Greek along with fellow quarterback Sawyer Robertson (Coronado) and wide receiver Theodore Knox (The Woodlands.)

Greek looks to take the Warriors back to their heights in 2018. If anyone can it’s Greek, one of the best quarterbacks in the state of Texas.

“My goal for Liberty in 2020 is to be the best team we can possibly be and give God the glory. I’m very proud of my teammates because we have been working really hard all summer and offseason,” the future Bulldog said.

Greek has one more year left here in Argyle to show everyone why he’s among the best in the lone star state. He has a message for everyone down in Mississippi though.

“I love every one of you Mississippi State fans and I can’t wait to get on campus and get to know you!”