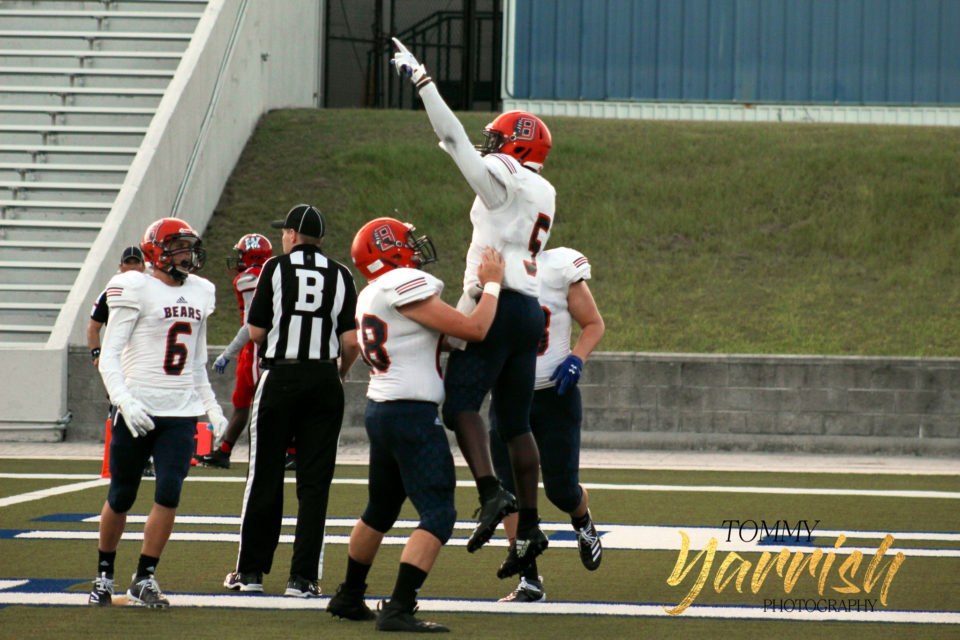 The Bridgeland Bears secured their first victory of the season Thursday night after a blowout victory over the Waltrip Rams, 70-17.

Bridgeland’s offense was on fire all night long, especially junior wide receiver Dylan Goffney, who had three touchdowns in the first quarter alone, and four on the night.

On the ground, Bridgeland showed they can pound the ball into the endzone. The running back duo of sophomore Mason Culton and junior Jerrell McWilliams (three TD’s combined) proved that it would take more than one defender to take them down.

At the quarterback position, Bridgeland decided to rotate the ball around, with it being in last year’s starter, junior Finn Nicholson’s hands on one drive, and sophomore Conner Weigman’s on another. Both showed they could get the ball down the field quickly and efficiently, with the duo throwing three touchdowns apiece.

Defensively, the Rams couldn’t get much going, as players like junior Conner Mottsinger were all over the run and passing game. The loss of senior all-district wide receiver Orvis Fowler to an injury wasn’t great news for the Rams either.

Nevertheless, senior quarterback Jonah Brooks aired out two touchdowns on the night, to seniors Daelon Lewis and Christopher Williams respectively, and didn’t throw any interceptions. Not an awful night offensively, but Bridgeland did get the best of the Rams Thursday night.

Jenks drops the Texas Hammer on Mansfield Legacy in a shutout

Centennial vs The Colony | Week 5 Photos