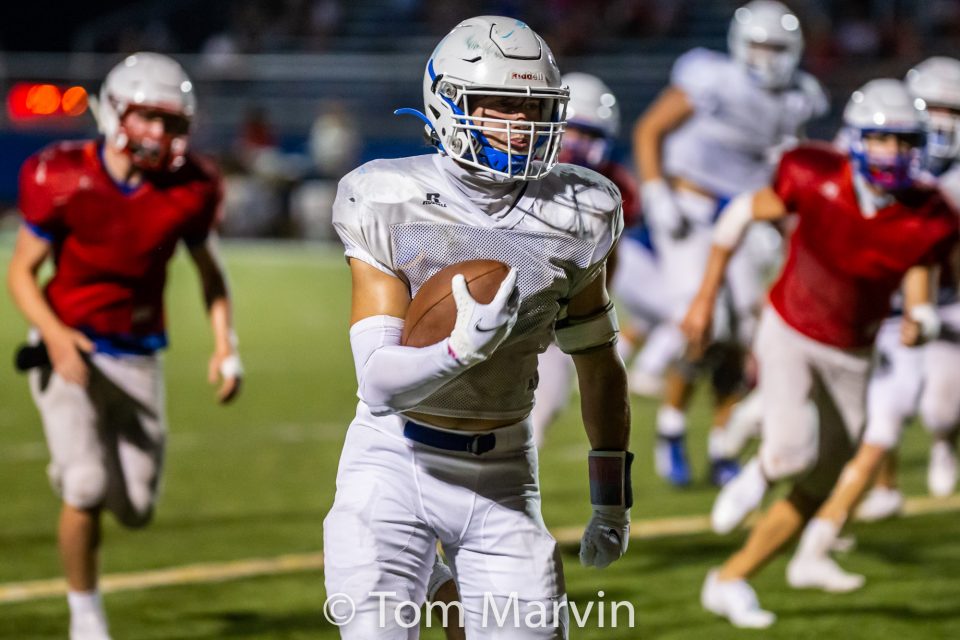 High school football is back.

Brock, the top-ranked team in Class 3A Division I, hosted Midlothian Heritage, the No. 13 in Class 4A Division in a Thursday scrimmage.

In the one timed quarter at the end of the scrimmage, Brock’s Kutter Wilson scored on a 25-yard run with 36 seconds left to give the Eagles a 14-7 victory.

Brock opened the scoring in the timed quarter when Eli Potts made a diving TD reception on fourth down from the 5-yard line.

Heritage got it’s lone score, a 20-yard run, after converting a fourth-and-five from near midfield with a long pass. That tied the game at 7-7 with 2:07 remaining.

The Eagles then ran their two-minute offense to perfection to set up Wilson’s TD run.

Both teams gave their fans plenty of reasons for optimism in the non-timed part of the scrimmage. Both teams had plenty of scoring plays and came up with turnovers on defense.

Brock opens its season next Friday night with a neutral-site game against Bushland in Iowa Park.