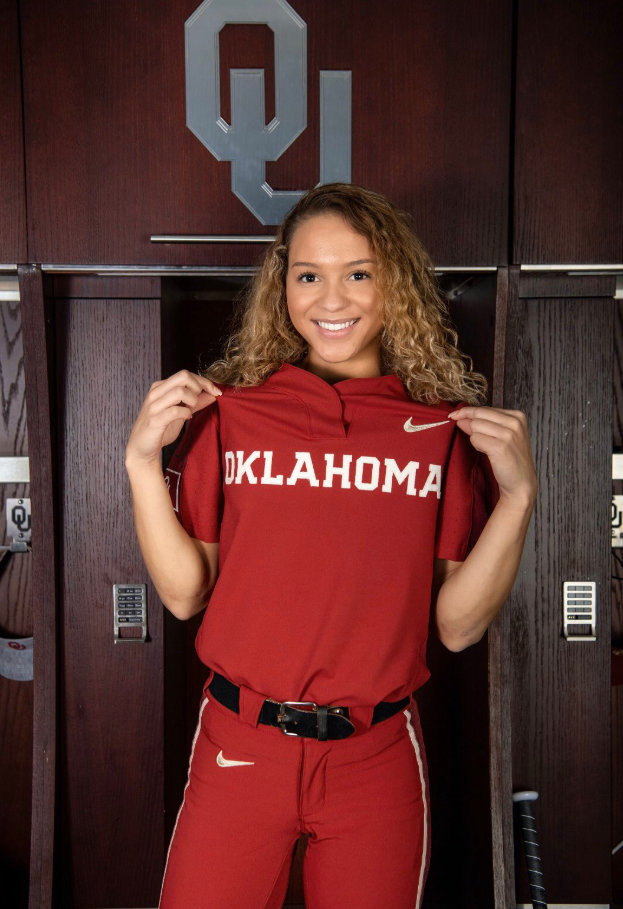 The list of Gatorade Texas Softball Player of the year grew by one recently. Jayda Coleman of The Colony becomes the first player from The Colony to win this prestigious award after an astounding career.

“It’s an honor to be the Texas Gatorade Player of the year! I’m so blessed to be awarded such a prestigious award. It’s also humbling, I still have a lot to work for,” Coleman said.

Jayda Coleman has been a star for The Colony ever since she stepped foot on the diamond for the Cougars. The All-American came in her freshman year with the pressure of being the number one recruit in the nation for the 2020 class. Needless to say, she’s lived up to that billing.

Coleman in her career played shortstop and pitcher for The Colony. In her shortened senior season Coleman in 19 games hit .771 with 11 triples, 28 RBIs, and 42 stolen bases. She also went 12-0 with a 0.74 ERA and 68 strikeouts in 47 innings pitches.

“Losing this season is upsetting but I trust in God that everything happens for a reason and now I can really prepare for Norman this fall,” The future Sooner said.

Coleman has been one of the best softball players in the country in her career. She finishes her career with a batting average of .722, hitting over .700 every year. She accumulated 283 hits in just 138 games. In her last full season as a Cougar in 2019, Coleman hit .717 with 10 home runs, 34 RBIs, and a ludicrous 74 steals.

“I am so happy to be the 1st from The Colony High School to receive this award and hopefully encourage more Cougars to strive for this award,” Coleman said.

Coleman is committed to the Oklahoma Sooners who are already one of the most dominant programs in the country. Norman is home to four NCAA tournament championships, three since 2013, including a WCWS appearance in 2019. She has been committed to the Sooners since she was in eighth grade and every year since has been the number one recruit in the nation.

“The most exciting thing I can’t wait to do when I get to Norman is to just be a student-athlete at a university. I know it’s going to a blast and I can’t wait to experience everything,” Coleman said.

Coleman has accomplished virtually everything imaginable in her career as a Cougar. An All-American, a state championship in 2017, a world cup championship on team USA U-19, the Gatorade Texas Softball Player of the Year honor is just another thing to add to her already astounding resume.

Coleman has been keeping herself busy during this quarantine.

“Oklahoma has sent us a weight training sheet to go off so we don’t start at square one when we arrive on campus. Also getting to practice with glory twice a week keeps me in contact with the sport,” Coleman said.

There’s no doubt that when we can finally have sports once again and Coleman steps on the field in Sooner crimson, she’ll put on a show.