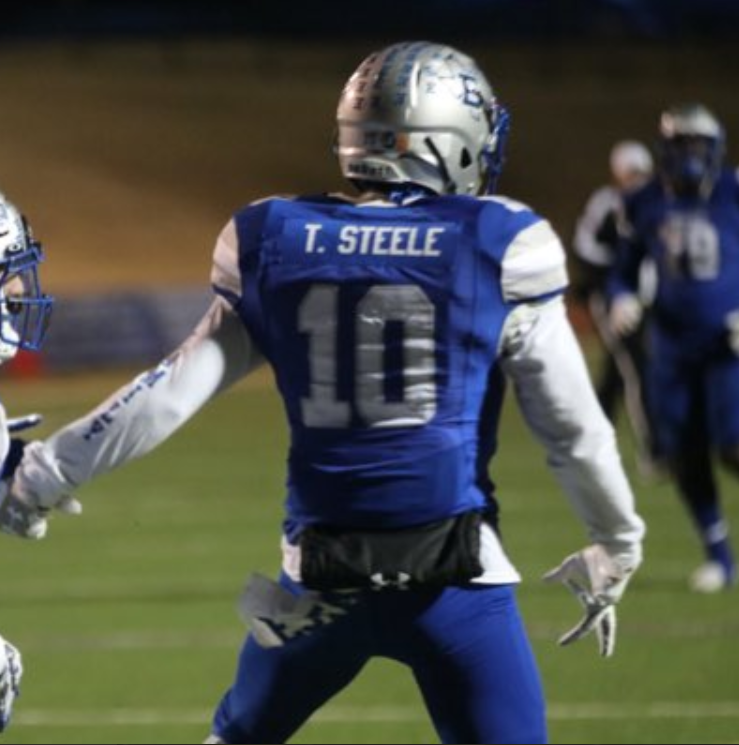 The University of North Texas football has been on the upswing with new head coach Seth Littrell. Two nine-win seasons in 2017 and 2018. After a stumble in 2019, it looks like things might be back on track though.

“I been watching them for a while now and it was a dream come true that they even offered me the scholarship,” the three-star commit said. I knew that if I had committed I knew I was going to be straight!”

Steele, via the 247Sports Composite, is the fourth highest-rated commit in North Texas’ history. He’s a three-star commit, ranked as the 59th best player in Texas overall and the 62nd ranked wide receiver for 2021 via 247Sports.

Steele in 2019 as a junior, had 28 catches for 757 yards and nine touchdowns. He also ran the ball for 161 yards and three more touchdowns. He had offers from Houston Baptist, Kansas, Tulsa, and William & Mary but just two days after his North Texas offer came in, he committed to be a member of the Mean Green.

“Work and Work and Work! If your willing to put the work in then you want to be great and successful!” Steele said on his success.

Estacado with Steele had an incredible year last season as they finished 12-1 and made it to the third round of the 4A D2 playoffs. The averaged nearly 35 points per contest as well. In 2020 they remain in 4A D2 with a district that only sees one change. Their closest competition for the division crown, Dalhart, gets replaced with Seminole.

“My goal is to make sure Estacado gets its love that it deserves and turn up for Estacado, one last ride!” Steele exclaimed. Put on for the younger classes of Estacado!

Steele is electric on the football field, an absolute burner who averages over 25 yards a reception. He will be staying in Texas and be making Mean Green fans very excited until 2025.

What should fans know about him? Well in his words “Stay tuned!”