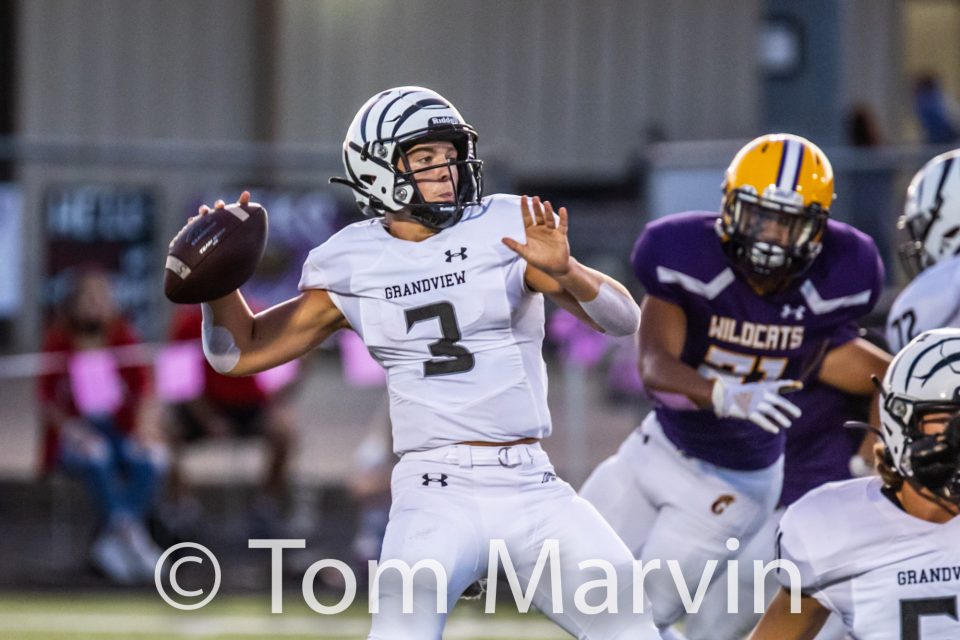 Grandview’s Dane Jentsch threw six touchdown passes to lead the Zebras to a 41-7 victory over Godley on Friday.

Jentsch threw three of the TD passes to Luke Ferguson and two were caught by Kason English. Gavin Leftwich had the other TD reception.

Jentsch only played four plays into the second half, but a couple of big runs by Leftwich put the Zebras in the red zone, where Jentsch finished his night with a 12-yard TD pass to Ferguson. Grandview’s quarterback finished with 283 passing yards, six touchdowns and no interceptions.

No. 2 Grandview, the two-time defending 3A Divison I state champs, improve to 3-0 on the season.

Godley falls to 2-1 with the non-district loss.

In addition to his 25-yard TD reception, Leftwich rushed for 135 yards on 11 carries.